The Lord Mayor of London has praised London Metropolitan University, saying it is, “part of what makes London great.”

The Lord Mayor of London has praised London Metropolitan University, saying it is, “part of what makes London great.”

The Rt Hon Alderman Roger Gifford made the comments at a special event at the Barbican Centre commemorating the University’s ten year anniversary.

During a speech, the Lord Mayor said: “You have had challenges – but I know too that you are embracing change, in administrative reform and doing even more to put students at the heart of what you do. We in the City applaud this.

“You are part of what makes London great.”

Over 200 guests attended the celebration, which also saw speeches from the Vice-Chancellor, the President of the Students’ Union and the Chair of the Board of Governors. There were exhibits based around London Met’s heritage, a fact-filled ‘London Met Journey’ and music provided by Elspeth Hansen from violin super-group Bond.

Although its roots go back to 1848, London Met was officially created on 1 August 2002 and has been meeting needs, building careers and transforming lives ever since. Many of the guests at the Barbican were alumni of the University who have benefited from their studies at London Met.

Natasha Choudary, who graduated with a degree in Community Sector Management from London Met in 2010, has since gone on to start her own social research enterprise, Fortify.

She said: “I had a fantastic time at London Metropolitan University and it’s great to celebrate the last ten years here tonight. Meeting some of the other guests has been really inspirational and has encouraged me to step things up. There’s still a lot for me to achieve!”

Natasha also lecturers in the Faculty of Social Sciences and Humanities and hopes to start a PhD at London Met in the New Year.

Other alumni celebrating London Met’s first decade were artists Keeley Wynn and Tony Andre who, after studying BA Digital Media, now run a successful exhibition company, Guerilla Galleries. Their enterprise is based in London Met’s business incubator, Accelerator, which has given them support throughout.

“London Met has changed my life without a doubt,” said Tony. “I wouldn’t be doing what I am now if I hadn’t had the opportunity to study here. It’s good that everyone has come together to celebrate the University.”

Keeley added: “It’s really nice to meet people from other areas of the University. I spoke with an academic from the Faculty of Life Sciences and Computing, and we’re now going to meet to discuss working together on a project joining art with science.”

It is stories like those of Tony, Keeley and Natasha that sum up London Metropolitan University’s contribution over the last ten years. Long may it continue to play such an important social role - providing an affordable quality education for students in the heart of London. 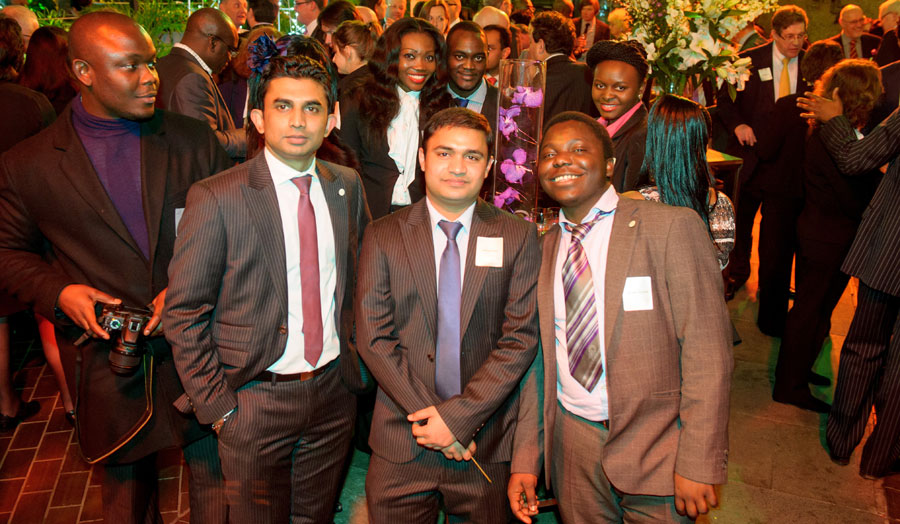