Finance graduate Natalia Lykova was given a taste of the banking life when she attended the annual dinner of the Worshipful Company of International Bankers.

Finance graduate Natalia Lykova was given a taste of the banking life when she attended the annual dinner of the Worshipful Company of International Bankers.

Natalia, who achieved a Distinction in Financial Risk Management from the Business School, was invited to the banquet as the winner of the 2012 Lombard Prize - one of the most prestigious student awards in finance.

Awarded by the Worshipful Company of International Bankers, the Lombard Prize rewards one outstanding student each year from a university affiliated with the Company.

“This success is not only my personal achievement, but an achievement of all my teachers, with special mention of Dr Humphrey Shaw, and the Business School as a whole,” said Natalia, who competed against candidates from institutions such as the Judge Institute at Cambridge University, Cass Business School, and Durham University to win her prize, which included a commemorative silver salver and £1,500 cash.

Held at the Guildhall in the City of London, the banquet was attended by notaries such as the Lord Mayor of London, the Rt Hon Alderman Roger Gifford. Professor Stephen Perkins, Dean of the Business School, was also there in support of Natalia.

"It was a wonderful evening in an atmosphere of festivity and ancient traditions," said Natalia. "The silver salver and the cheque were presented to me after the dinner in the Great Hall of Guildhall, in front of more than 450 most honourable representatives of the finance and banking industry.

"After the dinner I was honoured to receive personal congratulations from many members of the Company, including the Master of the Company, Mark Garvin, and the Lord Mayor.

"I am very glad that Professor Stephen Perkins was present at the event and was supporting me during the evening. I was proud to represent London Met both in the competition for the Prize and during the Banquet."

Professor Perkins said: “I was delighted to attend the banquet to witness Natalia receiving this prestigious award, in the presence of Alderman Roger Gifford, Lord Mayor of London. Well done Natalia – and well done Dr. Humphrey Shaw, her lead tutor!

“Natalia’s success demonstrates how quality education combined with individual achievement can place us at the forefront in the City.”

Find out more about studying in the Business School. 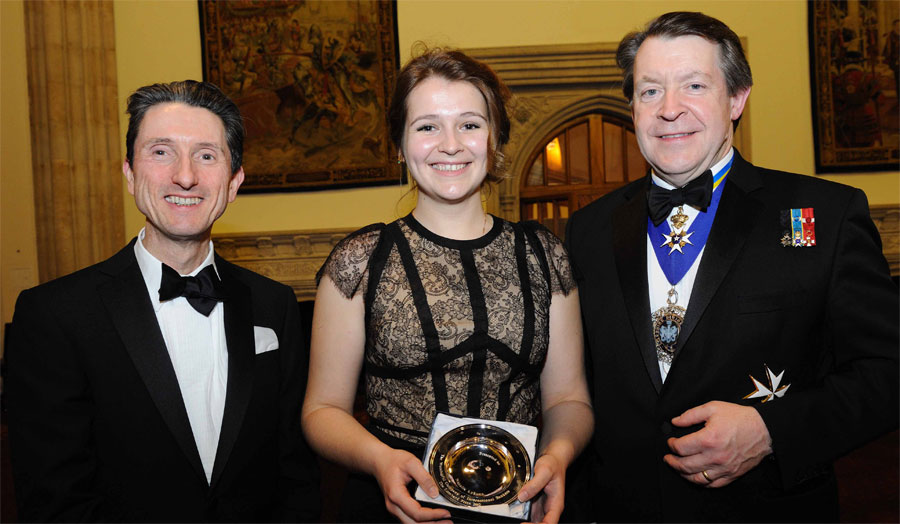