London Metropolitan University have been getting their students involved into charity once again, this time supporting the ‘One World Play Project’; A charity which has created ultra-durable soccer balls to bring the transformative power of play to the hundreds of millions of young people around the world, who don’t even have something as simple as a ball. Communities can be built through fun and play and providing these balls to areas in the world that need them is a great way to make sure this happens.

Students with the support of staff at London Metropolitan University raised funds for this charity through an evening of entertainment.The London Met Fundraisers made up of students from across the University, came together to host Live @ the Catwalk, held at the Back-yard Comedy Club in Bethnal Green – a fun night of comedy, live music and fashion.

Claudia Covatariu, first year (BA) fashion student from Sir John Cass Faculty of Art Architecture and Design, choreographed the fashion show along with her fellow first year student designers said “After a long, stressful few months of preparation it finally all came together on the night, this was a good exercise for us and we couldn’t have been happier with how it went. Everyone pulled together and put on a fab night which I am really proud of”

A Film and Broadcast Production student who came up with ‘Live at the Catwalk’ a couple of years ago when he was part of the award-winning Amnesty Raise Off Challenge as well as the Prince’s Trust Million Makers Prince’s Trust Million Makers team, said “I think this is what university should be about. Fundraising for a great cause and creating new experiences for your fellow students.”

Tahera Huda, from the Placements and Employability Unit  at London Met, said: “Every year we take on this kind of charity challenge not only to motivate students to add value to their CV but to also show that we are an institution that cares about giving back to charity, disadvantaged communities and supporting human rights across the world.” Last year, the fundraising team from London Metropolitan University were named winners of ‘Best Fundraisers - 2015’ of Amnesty International’s Raise Off Challenge. £3,500 was raised making a real difference to the lives of disadvantaged young people across the world. 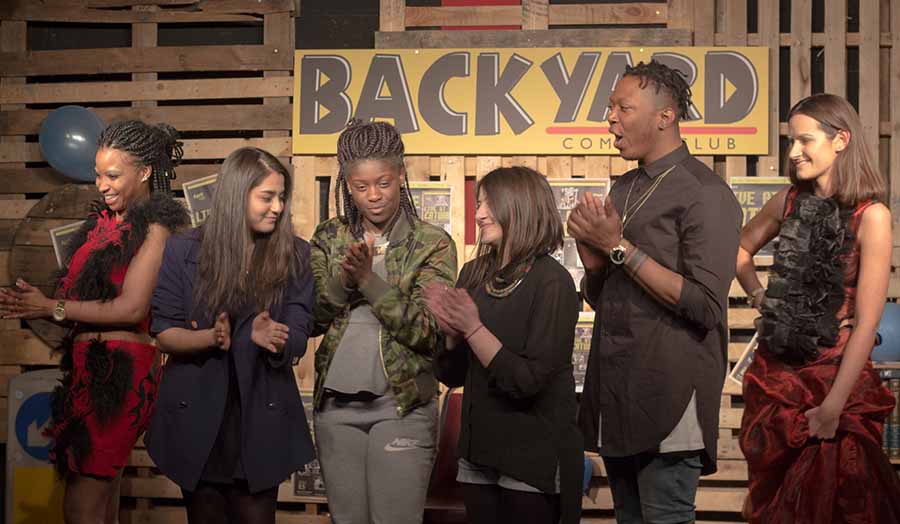