Amnesty fundraisers are joined by students and the local community raises over £1,300 through fashion, music and comedy.

Ahead of the show's brief introduction the night properly kicked off with one of the funniest women in comedy, our returning compère Maureen Younger. It was no surprise that Maureen blew the audience away once again with her harmless huddle banter and snappy humour. In between the brilliant compère were acts including Alexander Oliver, Mike Shepard and show headliner David Whitney. Going from strength to strength, the comics lined ‘em up and knocked ‘em down and the evening ended with an appearance from one of the funniest comedians in London, Whitney.

Adding entertainment to the variety show was the incredibly talented Anthony Moon. The unexpected audience looked speechless as he took to the stage and serenaded them with songs including Every Breaking Wave, Lazy Days (original) and Sitting on the Dock of the Bay (Otis Redding cover).

After a short interval the show was ready to fire off into its next phase: the live catwalk show. Like last year, London Met fundraisers linked up with local designers and their very own student designers for a showcase collection. Six different designers' lines were modelled including Almost Famous, Utter Couture, Retro Village, Who Cares London, Be Bold Apparel and our fashion show headliner, London Met's very own Project Red/Hush. The range of clothes varied from high street fashion, urban vintage looks to tie dye t-shirts and our own fashion students' Project Red Cass collection. Kyle Dougherty, an events management and PR student who choreographed the fashion show along with his colleagues, said: “After a long, stressful few months of preparation it finally all came together on the night and we couldn’t have been happier with how it went. Everyone pulled together and put on a fab night which I am really proud of!”

Next up was our final musician of the night Scott Colcombe. Scott teased the audience with a mix of modern, retro and original music. He set off with a smashing cover of Kendrick Lamar's Swimming Pools, time warped the audience with a cover/mashup of Hit Me Baby One More Time and Oops, I Did It Again by Britney Spears, and finally closed with his original song, 500.

Nick Francis, a Film and Broadcast Production student who came up with Live at the Catwalk last year when he was part of the winning Prince’s Trust Million Makers team, said: “We really raised the stakes this year, with more variety and even bigger sponsors. Our newly expanded team has given up so much of their time to see that we raised a lot of money for Amnesty International this year, following the success of last year's fundraising team, and I can honestly say they outdid themselves. Everyone who came had a great time and students from across the University had an amazing opportunity to try things they’ve never done before and network with students and businesses they may have never otherwise met. I think this is what university should be about. Fundraising for a great cause and creating new experiences for your fellow students.”

Staff member Tahera Huda who was also part of last year's winning team said: “Every year we take on this kind of charity challenge not only to motivate students to add value to their CV but to also show that we are a institution that cares about giving back to charity, disadvantaged communities and supporting human rights across the world."

Anup Mistry, a recent graduate from London Met currently working at Keystone Employment Group outlines that: "Projects such as Live at the Catwalk are something that every student should get involved in, they give each member of the team the perfect opportunity to grow and gain transferable skills. Projects such as this should be nurtured by universities, as this builds community and partnerships. Each year we have grown our network of sponsors building our own brand and the universities."

Although money is still coming in the London Met fundraisers managed to raise over £1,350 from the event, surpassing last year's total. We would like to congratulate all of the Amnesty fundraising team, students who took part, and businesses that donated and contributed to making the night a success. 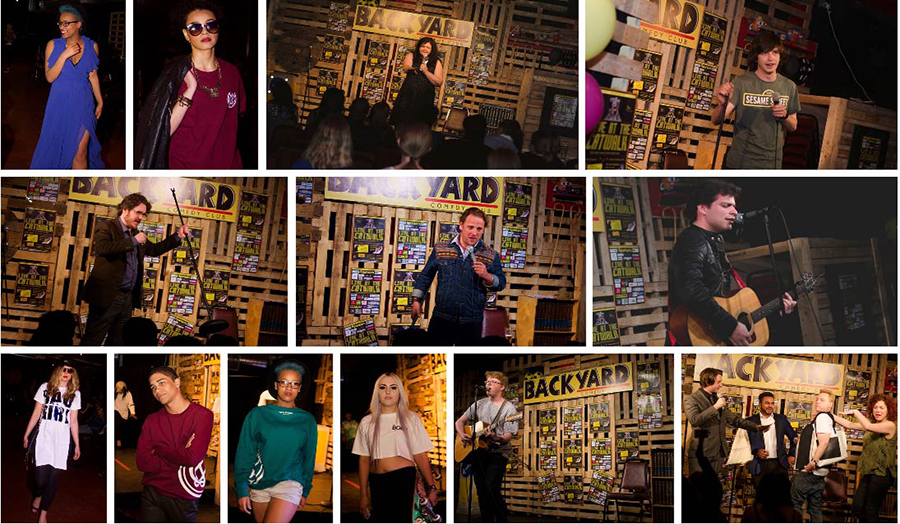