Himanshu Bajaj will undertake an internship at Clyde and Co, after winning an award at the Worshipful Company of Arbitrators' Mediation Skills Competition.

London Met Law student Himanshu Bajaj won a special award at the prestigious Mediation Skills Competition, held by the Worshipful Company of Arbitrators (WCA) last week. His prize is a week-long internship at major international law firm, Clyde and Co, where he will gain important experience to drive forward his future legal career.

Also representing the University were Aiko Phillips and Kiyazbek (Kiyaz) Kaflanov, who, along with Himanshu, are currently undertaking a GDL qualification at London Met.

They took part in three heats of the competition, which involved each team adopting the roles of lawyer and client, and mediating to resolve a commercial dispute by working with each other, their counterparty and an experienced mediator. Their performances were evaluated by an esteemed judging panel, including Master of the WCA, Margaret Bickford-Smith QC and retired High Court judge and Chairman of the Civil Mediation Council, Sir David Foskett.

The students also had the opportunity to network with senior lawyers and mediators at various receptions at the event.

Barrie Goldstone, Head of the School of Law, said: “The skill of these three students was evident throughout the competition, who all showed great flair and were a real credit to the University. We’d like to extend our congratulations to Aiko and Kiyaz for their impressive performances, and especially Himanshu on winning such a competitive prize.”

The prestigious competition, the seventh of its type, was held at the International Dispute Resolution Centre in London. It was open to law students, trainees and pupils from UK universities and colleges, law schools, law firms, inns of court and barristers’ chambers. Alongside London Met, teams were fielded by Kings Chambers, 39 Essex, Falcon Chambers, Linklaters, Osborne Clarke, TLT, University of West England, and the Law School of Exeter University. 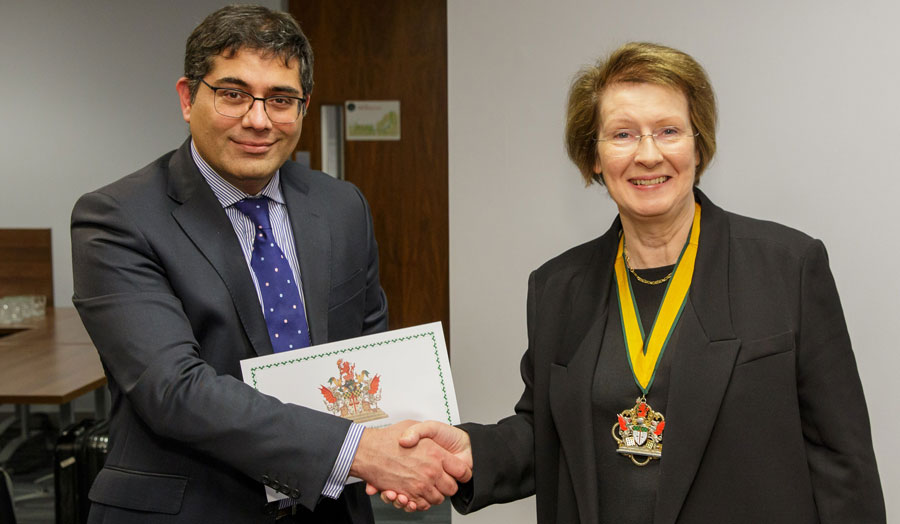