Laura Evans, an alumna of the Professional Diploma in Architecture (RIBA Part 2) at The Cass, has won the 2016 RIBA Boyd Auger Scholarship for her project Portico and Patio: Response to Climate and Tradition in Cuban Modernist Architecture. The project seeks to understand the contextual and ecological approaches taken by a number of Cuban architects in the post-revolution period in light of the contemporary environmental crisis and potential future scarcity of resources.

In the years following the revolution, Cuba’s relationship to the rest of the world was utterly changed. Ties with the United States and other western nations were severed, and closer relationships were forged with Soviet states. These changes impacted trade and the allocation of resources including, crucially, fuel and building materials, and also resulted in new considerations of national identity and what it meant to be Cuban. Architecture sits at the intersection between these concerns, and so can be seen to have become a visible manifestation of the enormous change within society. However, the stable influence of Cuba’s tropical climate – hot and wet throughout the seasons – and of human habit and custom tempered this change by grounding modernity in recognisable architectural types and human situations.

The Portico and Patio section of the title of the project, taken from Eugenio Batista’s essay The Cuban House, represents the continuity of particular architectural and spatial devices into the post-revolution period. Batista’s position, as summarised by Gabriel Fuentes, was that “...to be ‘modern’ in Cuba was to ground its past – to spatialise its Cubanness – in the present without resorting to nostalgic historicism. Put differently, Modern Cuban architecture would have to transcend the historical object of style in order to reinterpret, reconstruct and re-objectify the essence of place.”

Laura graduated in 2013 from the Cass School of Architecture, London Metropolitan University and  is currently an associate at Lynch Architects, where she has worked on a variety of projects since 2010, from the redevelopment of large parts of Victoria Street in central London to the refurbishment of an 18th century barn in North Norfolk. She has been a visiting critic at a number of universities including Queens University Belfast, the University of Liverpool and the University of Nottingham and since 2015 has been a lecturer in the history and theory of architecture at Kingston University.

You can read more about Laura and her project on the RIBA Website. 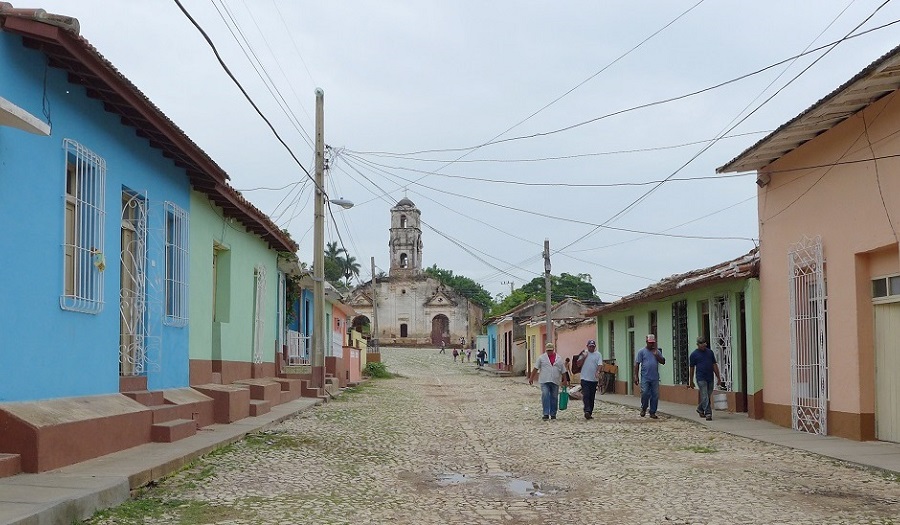