A new book, analysing the work of Turkish preacher, Fethullah Gülen, officially launched at the Moorgate campus on 29 June 2017.

The Spirituality of Responsibility: Fethullah Gülen and Islamic Thought was formally launched at the Guildhall School of Business and Law, part of London Metropolitan University.

Hosted in partnership with the Centre for Hizmet Studies, a London-based non-profit organisation that provides information, research, analysis and critique on Hizmet, the book offers an insight into personal identity, agency and freedom in plural relationships.

Written by Simon Robinson, Professor of Ethics at Leeds Beckett University, The Spirituality of Responsibility shows how Fethullah Gülen, a Turkish preacher and founder of the Gülen movement, was influenced by both orthodox Islam and the Sufi tradition, contribute a dynamic, holistic and interactive view of responsibility which locates personal identity, agency and freedom in plural relationships.

It also explores the practice of responsibility in Gülen's life and in the Hizmet movement which he founded. Gülen has been at the centre of many controversies, including in his Movement's relationship with the Turkish government. The book has been published by Bloomsbury publishers.

The book touches on Corporate Social Responsibility (CSR), a business approach that contributes to sustainable development by delivering economic, social and environmental benefits for all stakeholders.

“Corporate Social Responsibility is not straightforward,” said Professor Robinson in his launch speech at the event.

“Responsibility is at the heart of what it is to be human. The challenge is to practise it, and so become human,” he continued, quoting the opening line of his book.

The launched was opened by Dr Simon Jones, Dean of the Guildhall School of Business and Law (GSBL). “CSR is a broad topic area that people increasingly are getting an appetite for,” he said.

The launch commemorated the new MSc CSR and Sustainability course which is due to launch at London Met in September 2017. It will be taught at GSBL in collaboration with London Met’s leading sustainability team, by Rachel Ward, who won Energy Manager of the Year in January 2017.

“The course will delve into this new area of CSR when it commences in September 2017. Professor Simon Robinson’s book, The Spirituality of Responsibility, covers this area is indeed timely for a number of reasons.

“Students would also benefit from Professor Robinson’s knowledge of the area as we would hope to invite him as a guest speaker early in the New Year to share his knowledge about this area.” 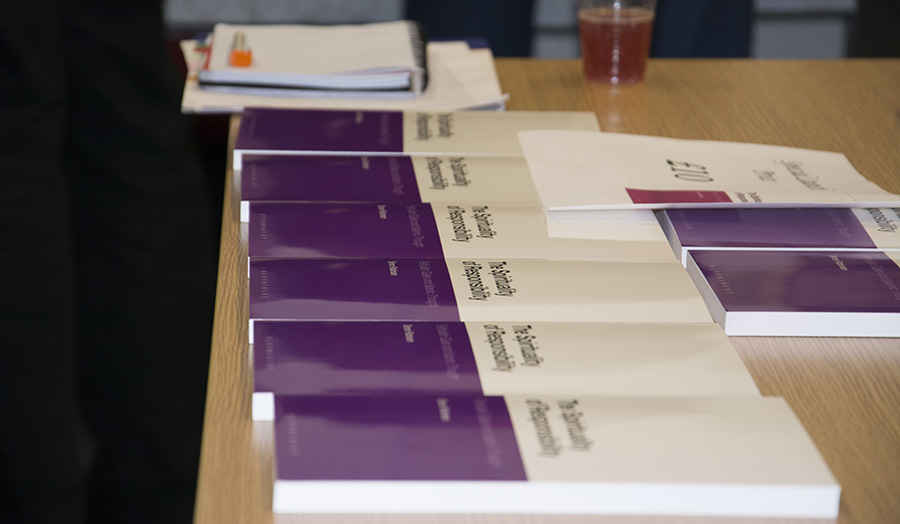