Journalism BA students came together at their end of year awards ceremony to celebrate the best student magazines as part of their Creating Packages module.

Journalism BA students toasted each other’s successes at the annual ‘London Met Magazine Awards’ which is hosted by the School of Computing and Digital Media.

Lloyd Bradley commented: "The entries this year were incredible and what I really enjoyed was seeing that each magazine had a different function and the students really understood that and got the balance right.

"Each of the students have a great future ahead of them."

"Each year our submissions get better and better and I am proud to say this year was no different," Wendy commented.

"As part of their studies, our students have to get real-life experience and this task requires them to create printed and online magazines which could realistically be published and sold in the industry. Once again, our students have not disappointed on this and I’m excited to see where the next generation of journalists end up!"

The winners of the 2019 awards are:
Best use of Multimedia
Winner – Bambu
First runner up – Sole
Second runner up – Revival

Best live event
Winner – ‘The Greatest Artist to Ever Be’ written by Jakub Jozefowicz, Queer London
First runner up – ‘How breathing can help you reduce stress’ written by Tashko Mihaylov, Bambu
Second runner up – ‘The Fabrics Exhibition’ written by Abigail Miller, Sole

Most Commercial Potential
Winner – Bambu
Bambu will receive £250 plus mentoring from Accelerator to launch their idea and start the journey to turn it into a reality.

"We worked really hard on our entry and we feel it will make an impact," commented Kevin Gassebner, editor of Bambu.

Fellow student on the Bambu team, Tashko Mihaylov, added: "Our next step is to polish it up and work with Accelerator to make it a reality." 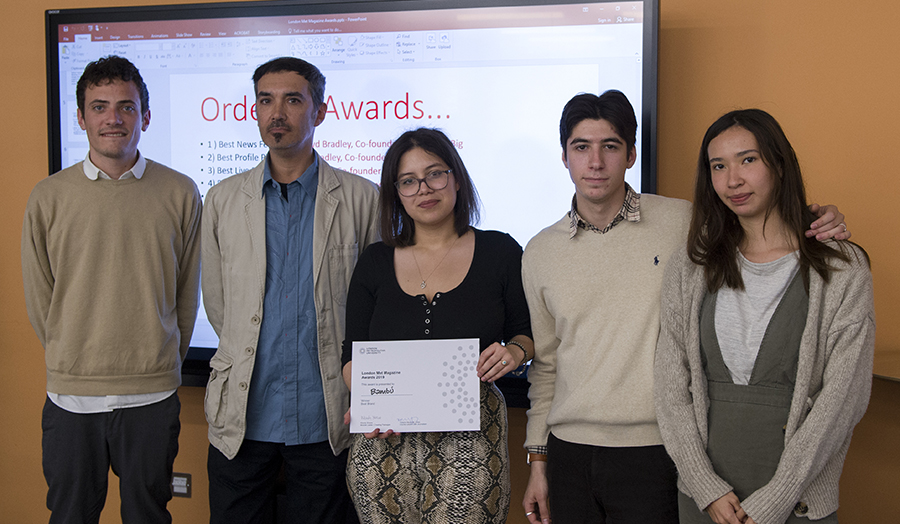 Read the print publications of the 2019 entries: