Sun Bleached Stills from a Number of Films, a solo exhibition by John Henry Newton, curated by students on the Curating the Contemporary MA, was delivered by London Metropolitan University in collaboration with the Whitechapel Gallery for three weeks in May 2015.

The exhibition showed eight pieces by Newton, selected and positioned to reflect the changing nature of its host space, The Cass Bank Gallery.

Visitors were met by Alfred Hitchcock; a cleverly positioned DVD box set which sat on top of a painted plywood body, creating a miniature version of the director, greeting guests as they entered the gallery. Newton also presented an audio and visual piece, the exhibition's title work, appearing as visitors rounded the corners of the banks telling booth. The film stills shown were shot around the university and were accompanied by the artists voice.

As a Fine Art student Newton studied in Central House, the building adjoining the gallery. His work, audio, visual, text based and sculptural, represents the history and adaptability of the gallery space and his personal connection to it.

John Henry Newton (Swindon, UK 1988) lives and works in London. His work has been exhibited internationally, including shows at FRUTTA, Rome and MOSTYN, Wales. This year Newton will also participate in Nouveau Festival at the Centre Pompidou in Paris. John Henry Newton is a graduate of BA (Hons) Fine Art at The Cass.

The exhibition is accompanied by a publication featuring an essay by Adam Carr, Programme Curator for MOSTYN Visual Arts. 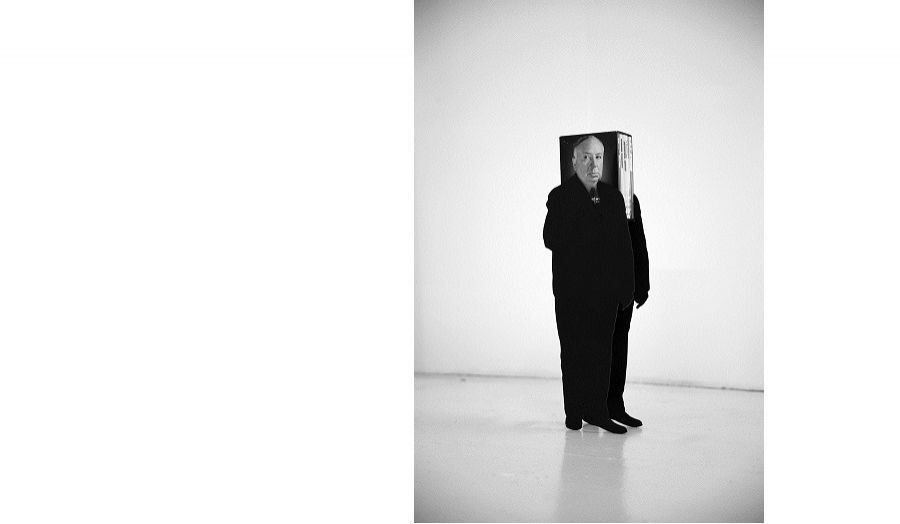