Jacek's alumna news News from the School of Art, Architecture and Design

London Met Theatre and Performance alumna Katarina Kiktova won the St Tropez Film Festival award for Best Actress, for her starring role in Salome, which was recently shown at Cannes to critical acclaim.

Katarina, who grew up in a small town in the High-Tatra mountains of communist Slovakia, always dreamt of working internationally as an actress. She describes her inspirational journey:

"I made it all the way to London with £40 in my pocket for rent, food and education and set about learning English. I did my performing arts degree at London Metropolitan University and was taught and challenged by some amazing and very talented tutors, which shaped me into a very versatile performer. My parents thought I would be back in three months; it has now been 14 years. I met Kevin Bisbangian who cast me as the title role in his film Salome which has been nominated in five catergories in this year's St.Tropez International film festival.

I am delighted we won two awards there: Best Short Film and Best Lead Actress! I am so excited about my award as Salome was my first ever lead role and I enjoyed every moment of working on this film! What is also amazing is that we got to Cannes Short Film Corner with Salome and we've spent nearly two weeks in southern France enjoying both film festivals. One of Kevin's strengths as a director is his talent in getting great people together in the same room, cast and crew alike. I have just come back from Cannes Film Festival and it has been gloriously sunny, lots of palm trees, fancy American cars and my dreams now becoming a reality. This experience has been amazing and I can't wait to work on many more challenging roles in the future..." 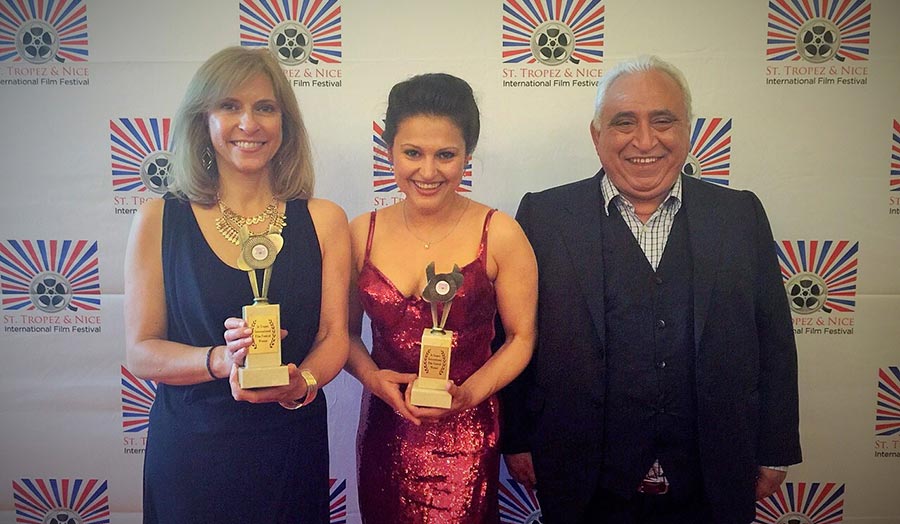