Humans Being Digital News from the School of Art, Architecture and Design

Nye Thompson, who studied MA Fine Art by Project at The Cass, is one of nine international artists exhibiting in Humans Being Digital, a new exhibition at the Lowry Centre from 18 November 2017 to 25 February 2018.

Engaging with art can be an emotional experience - performance, sculpture, painting or music can all touch us beyond words – yet technology is often considered mechanical, cold or inhuman. So how can artists show new perspectives on life, emotion and relationships by using digital technologies to connect human beings and digital?

Humans Being Digital invites the audience to experience a range of emotional and physical reactions to artwork that explore the links between humans, machines and technology - both now and in the future.

Nye Thompson uses CCTV footage to create a curious environment that asks questions about technology and privacy, contributing a sense of anxiety to an exhibition of many emotions. The work continues to explore issues addressed in Thompson's 2016 Backdoored.io exhibition at The Cass which sparked global debate about privacy after featuring on the BBC and Channel 4.

Nye has also recently taken part in a panel discussion at BFI Southbank, as part of the BFI's Who Can You Trust? thriller season and previewed her work The Seeker at Waterman's Arts Centre Digital Weekender . Specially created 'feeds' from Nye's Backdoored project will be on show as part of the 2017: Being Human Festival at a pop-up event by The Centre for the History of the Emotions at Queen Mary's University London on 20 November.

Read more about Humans Being Digital. 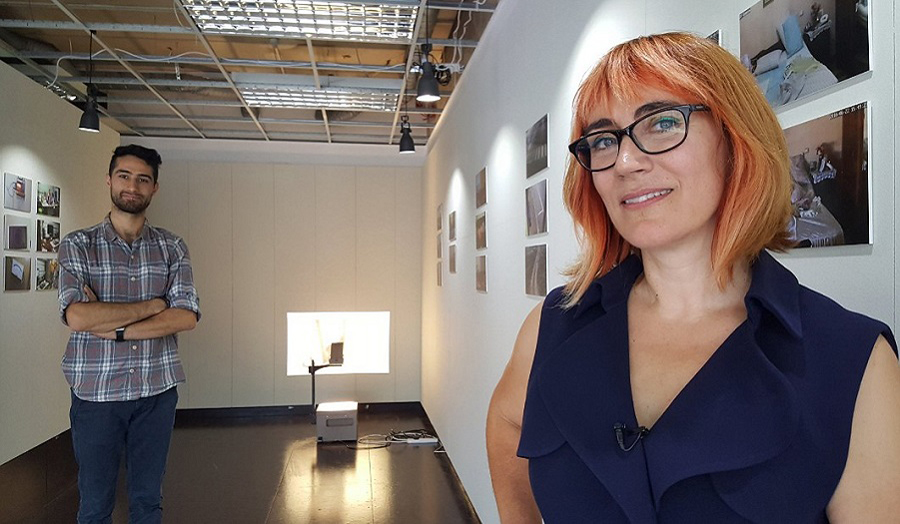