HRH The Duke of York joins in Graduation celebrations News

The Duke attends Barbican ceremony to be formally installed as Patron of the University.

His Royal Highness The Duke of York KG has congratulated hundreds of London Metropolitan University graduates at the annual Award Ceremonies at the Barbican Centre.

The Duke attended the ceremony on 3 December to be formally installed as Patron of the University, a role previously held by his father, HRH The Duke of Edinburgh.

His Royal Highness follows in a fine tradition of royal patronage of the University and its predecessor organisations. The first patron, the Prince Consort, took up the role in 1852 and, since then, Queen Victoria, Edward VII, George V, Edward VIII and George VI have all served at Patron.

Speaking to an audience of London Met graduands and their families, The Duke said: “I feel very humble to become the Patron of a University of this stature, and to follow in the footsteps of my family, particularly my father who has given 60 years of service to this institution. I think it is right and proper that these ties continue.

“There should never be a closed door to anybody who wants to undertake a university course, and I spend a lot of my time encouraging young people to recognise their potential and achieve what they want in life.

“I know there is a huge amount of brain power in this room and that it will be applied in so many incredible ways. I wish you all every success.”

Thousands of London Met graduates celebrated their achievement over two days of ceremonies at the Barbican, marking the end of one adventure and the beginning of a new.

Speaking at the Tuesday ceremony, Professor Malcolm Gillies, Vice-Chancellor of London Met, said: “I’d like to tell you all to never give up on your dreams. The world will change – you can make it change.

“I’d also like to thank our magnificent staff and the families who have supported our students throughout their studies.” 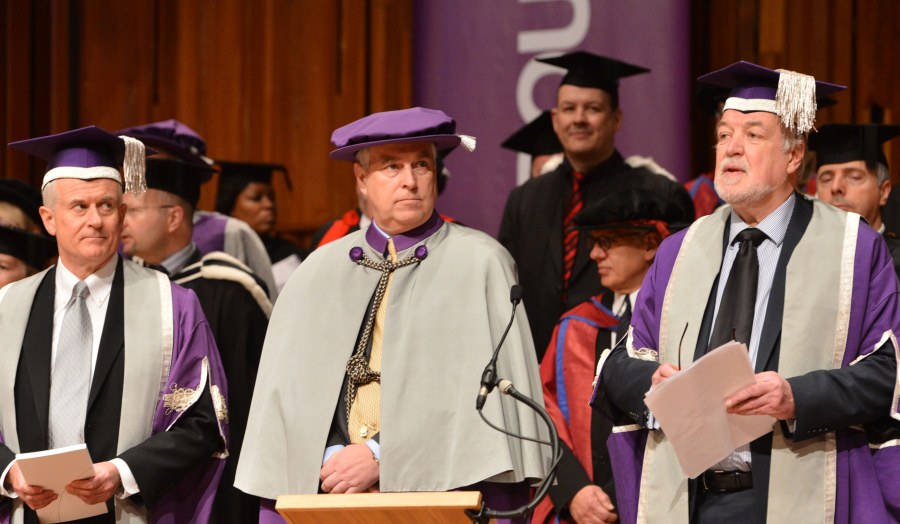