How can an MBA help further your career? News

“The London Met MBA allowed me to learn so many different aspects to the corporations and the business. I grew as a person and as a professional,” said Natalya Chizhov, a London Metropolitan University alumna.

“I now understand what goes on behind the scenes in the business and I am not afraid to be part of it. I am able to use my knowledge as an assistant branch manager at Astoria Bank in New York.”

Natalya started her MBA at London Met in 2013. Before securing her place on the course, Natalya was working as a personal banker. She decided to study for an MBA to further her career.

“London Met was one of the universities that allowed me to take out the funding for university from the USA and the department of education. I did my research and London Met was exactly what I was looking for,” said Natalya.

Natalya’s best memory of studying the MBA was the sense of community Dr Hazel Messenger, the MBA course leader, established. “We became a small family, who truly cared for each other. I loved going to the university every single day, I couldn't wait to see my class mates,” the graduate reflected.

“The best thing was my team and the program. My team was from all over the world, it brought so much character and ideas to the group. We were able to learn a lot from each other. The program allowed us to develop individually whilst supporting each other.”

Hazel’s passion and drive had an impact on her students as Natalya recalls how students’ motivation and passion were encouraged by their course leader.

“Hazel gave us a project and broke us in two groups, allowed us to meet, we wanted to work as one big team. Hazel told us this is completely up to us and allowed us to make our own decision as a team,” said Natalya.

The London Met MBA re-launched in January 2017. A series of pathways, including Cyber Security, Islamic Finance, Data Analytics and Business Psychology, will launch in September 2017.

Find out more about studying the London Met MBA.

You can watch Dr Messenger describing the MBA course on YouTube.

Image: Natalya is pictured (fourth from right) with her fellow classmates in December 2013. Together, they took part in the Santa Fun Run. 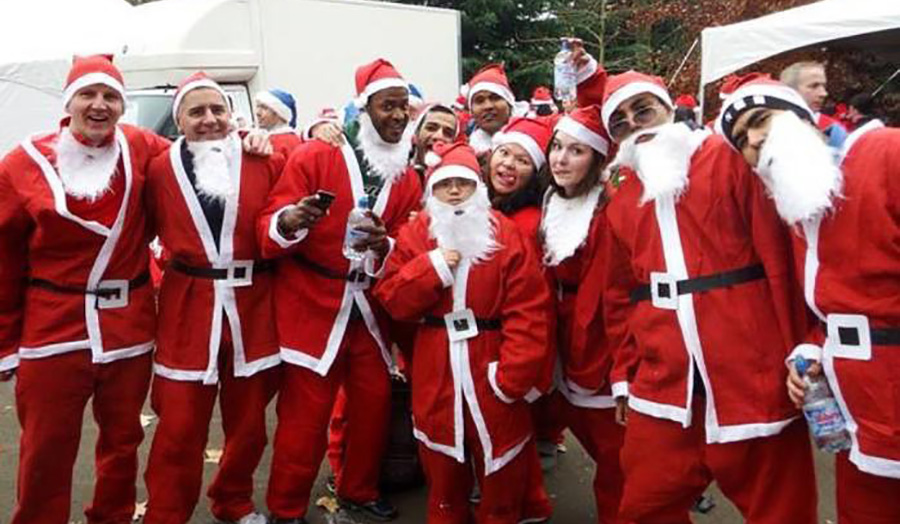