“The best way of developing [yourself] is to look back at what you did in the past,” said Jason Brisbane, Head of Community at National Football League (NFL) UK, during a guest lecture to Sports Business Management students at London Metropolitan University on 26 October.

Awarded the ‘British American Football League’s Most Valuable Player’ in 2004, Jason delivered a session to students focusing on the challenge that the NFL faces in developing a fan base as they seek to enter the crowded sports market place in the UK. Sports Business Management students have been tasked with taking on this real-world challenge as part of the problem-based learning curriculum in their final year of study preparing them for the sports industry they will soon be entering.

The National Football League is a professional American football league consisting of 32 teams, divided equally between the National Football Conference and the American Football Conference. It is typically played in the United States, however the sport has recently started to be played in the UK. One of the biggest challenges NFL UK face is fan engagement.

Jason, himself a former NFL player in the States, said: “When I was playing the sport, international players weren’t marketed that well.

“The strategy has since improved with the intention to raise the profile of the NFL in the UK.”

The session covered the day to day reality of being an American Football player, including an intense but rewarding schedule, the challenges faced and engaging a fan base and growing the game of American Football in the UK. Jason used real life examples to demonstrate to the students how effective marketing can raise the profile of a sport.

Jason will be returning to the University in January to watch the marketing strategy presentations of the Sports Business Management students, providing feedback on which strategies could best help the NFL.

Dr Stephen Hills, course leader for Sports Business Management said: “What better way to prepare our students for the competitive sports industry than being able to speak with and present their ideas to an executive with the world’s highest grossing sports league?”

“We are most grateful to Jason for painting a vivid picture of the challenges faced by the NFL, providing a bridge between theory and practice for my students.”

Find out more about studying in the Guildhall School of Business and Law. 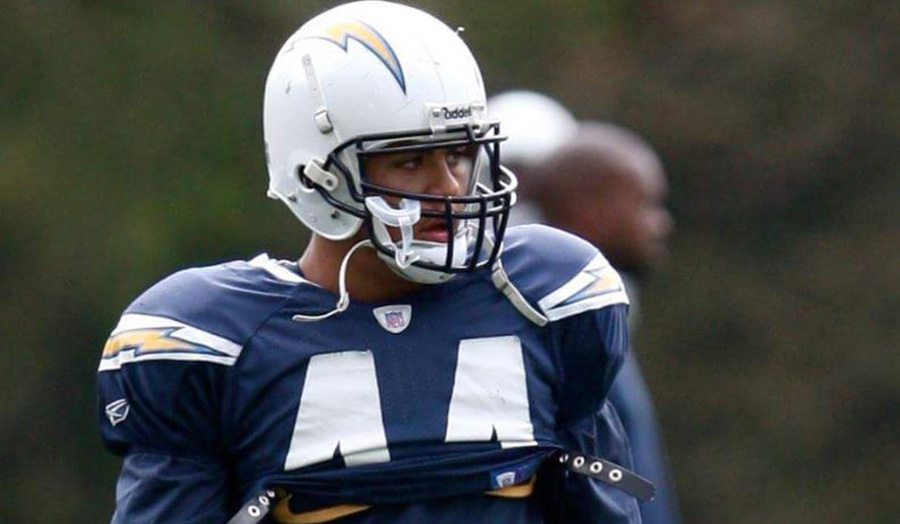