Two London Guildhall Faculty of Business & Law students made it to the final 6 of the IoD's Student of the Year competition.

Ali Izadpanahi and Laurence Prax have been tipped as names to watch after making it to the final stages of the Student of the Year awards at the Institute of Directors 2014 Directors Awards. The award recognises promising students who have demonstrated the qualities of future directors.

Having won a year’s membership through the Guildhall’s IoD student membership competition, both students made it through a rigorous application process and assessment day at the IoD to reach the prestigious final stage.

The award was open to all IoD student members across the United Kingdom, and students were judged on a range of attributes including commercial awareness, leadership, communication and ambition.

Laurence said of this achievement "It's a privilege to receive such recognition from an institute as prestigious as the IoD. Making it into the final has provided me with some real encouragement to pursue my business, Night Owl, further."

Ali added “As a foreigner, who found London a home at the age of 18 with no guardians, am very privileged to have reached the final of IoD competition in the most attractive city for business and innovation, especially when the competition is conducted by the Institute of Directors; such outstanding and prestigious organisation.”

Dean Professor Stephen J. Perkins added "It was a real joy being there to witness and support the success of Ali and Lawrence, as two of only six people to reach the final of this prestigious awards process. Their certificates of achievement were well deserved: entrepreneurs, whose app-based businesses reflect not only the enterprising abilities of Guildhall's 'most business-ready graduates'.They also bring to life the Faculty's commitment to aligning 21st century creativity and culture with business and law."

The London Guildhall Faculty of Business & Law Student Membership Competition is now open to give all Guildhall an opportunity to gain a free annual IoD membership and follow in Ali and Laurence’s footsteps. 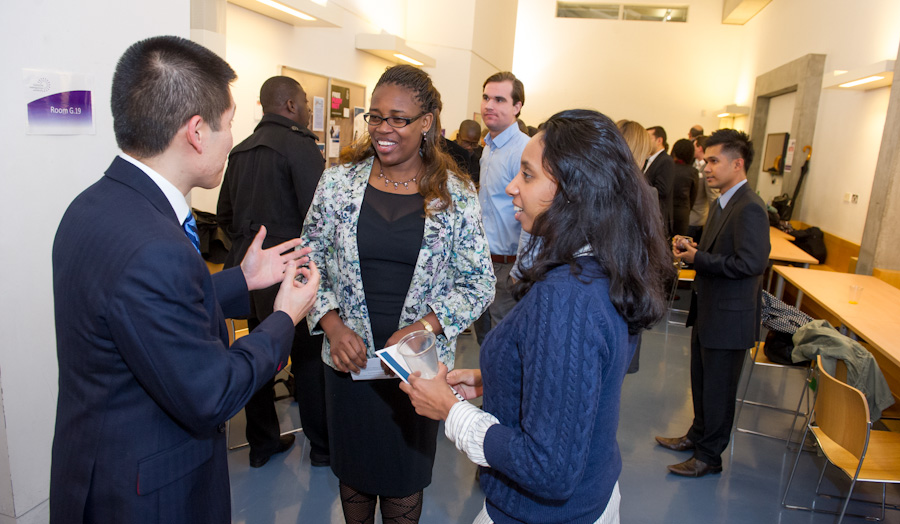