Professor Stephen J Perkins, Dean of Guildhall School of Business and Law, joined students and staff last week to take part in a charity challenge in the City of London.

A keen runner, Professor Perkins ran the boundaries of the Square Mile to raise money for the One World Play Project, a charity which has created indestructible balls to bring the transformative power of play to the millions of children around the world.

The challenge started at London Met’s Moorgate campus in the heart of The City. Participants then ran around the City’s ancient boundaries, through areas such as Newgate, Ludgate, Aldgate and Bishopsgate before returning to Moorgate.

“It was a great team effort in and for the City of London,” said Professor Stephen Perkins.

Former London Met staff, including Dave Griffiths who worked at the University for 16 years, also took part in the challenge despite having a hip operation just six weeks earlier.

Tahera Huda, Business Links and Placements Coordinator, who coordinated the project, said: “We would like to engage with students to raise awareness and encourage debate, as well as tap into their entrepreneurial skills by finding as many fun and creative ways as possible to raise money for such great causes.”

The School will host many more events to raise money for the One World Play Project including bake sales, markets, contests and a live variety show in the East End. You can keep up to date with their work on the Guildhall Twitter page. 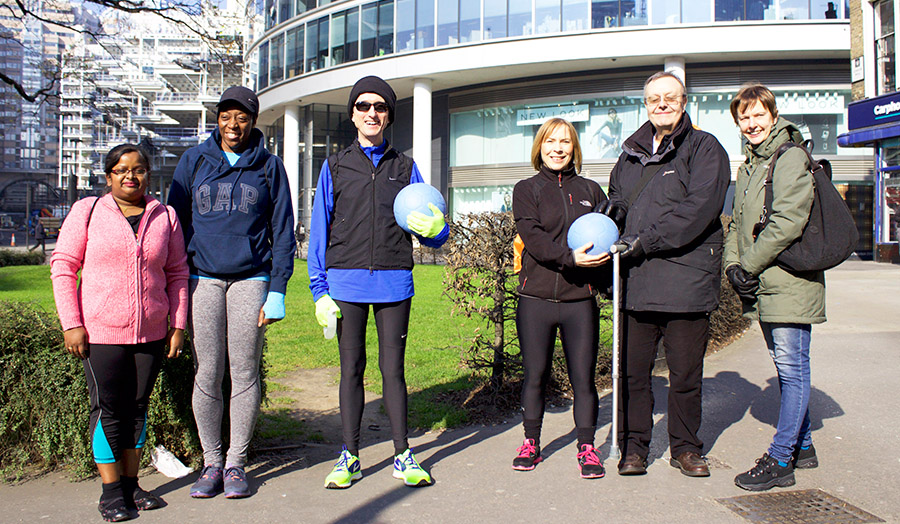