The University’s laboratory team has been taking part in the second Green Impact initiative at London Met.

London Metropolitan University is running its second year of the Green Impact team and the University has been working hard to recruit new teams to build on last academic year’s success.

The Science Lab team are one of the new recruits and have been developing new ways of making the science area of the University more sustainable.

“We think the biggest impact we made would definitely be raising awareness to SuperLab users,” said Elina Zalite, Graduate Intern for the department of Chemistry, Pharmacology and Pharmaceutical Science.

“In science, it might seem almost impossible to be green, but then again, if everyone just tries their best to be mindful and follow the simple little changes, then together we can make substantial improvements!”

The team, which is made up of Elina Zalite and Bilkis Kazi, Science Lab Technician Manager, have been working hard to improve the sustainability in the SuperLab, which is one of Europe’s largest teaching laboratories.

Some of the team’s biggest efforts include improving the recycling and efficient energy usage. 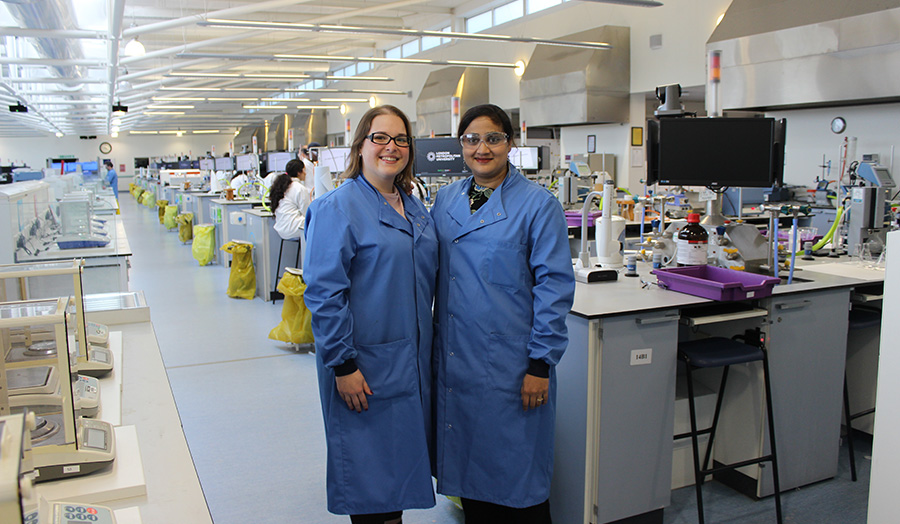