English Literature graduate Laura Barrington walks us through her journey at London Met as a mature student, and her plans to undertake a Masters at King's College London

More than 1300 London Met students gathered at the Barbican, London, for their graduation ceremonies at the end of July. In our Graduate Stories series, we share a selection of their stories and find out what they plan to do next.

Before coming to London Met, I had a plan that I think most 18 years old have; to finish my A levels and head straight into university. But I changed my mind because I had no idea what I would do with a degree, and decided that entering the world of work was a better choice for me.

I realised that I was only following this plan because I thought it was what I should be doing, as opposed to what I actually wanted to do. I felt that if I went to university then, I wouldn’t put the hours in or take my studies seriously enough.

So, for eight years I tried my hand at a lot of different jobs. I worked for a digital marketing company for a while, but found I wasn't really suited to computer-based office work. After that I had a job selling advertising for a small country magazine, which I really enjoyed, but after eight years and a lot of dead-end jobs, I felt ready to take the plunge and go back to studying as a mature student.

‘A hunger to learn’

Having graduated, I am so pleased I waited to study and that I hadn't done it when I was younger and wasted the experience and opportunity. Going back as a mature student was so much better because I had a hunger to learn and I applied myself in ways I wouldn’t have if I had studied when I was younger.

Choosing London Met was an easy choice. Because I hadn’t applied myself fully during my A Levels, my grades weren’t high enough to be accepted. However, the University doesn’t judge a person’s worth or intelligence on their grades alone and, after speaking with me personally, they offered me a place on the course I wanted.

The tutors at the London Met are brilliant. They are continuously supportive and helpful, taking the time to help me and my peers with various things throughout the three years.

The learning environment at the University has enabled me to progress in so many critical ways. The biggest example of this being Trevor Norris, course leader for Creative Writing and English Literature BA, and how he supported me with my Master's application. He took a lot of time to help me when he didn't have to and, because of this, I got accepted for the Master’s course I applied for.

And so now, after three amazing, supportive years, I am able to undertake a Master’s at King’s College, studying Contemporary Literature, Culture and Theory, and I owe it all to London Met. 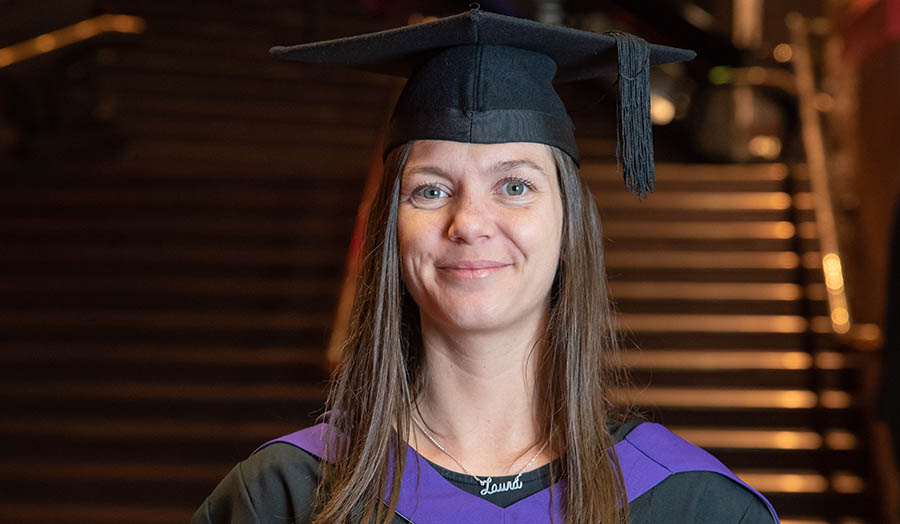