The Governor-General of Australia described her visit to the Accelerator this week as “exhilarating”, saying the facility was transferring entrepreneurial rhetoric into reality.

Her Excellency The Honourable Quentin Bryce AC CVO attended London Met’s business incubator, along with the High Commissioner for Australia, The Honourable Mike Rann, as she lead a business delegation to Europe.

The Governor-General received a briefing on Tech City and the work done through the University and Accelerator to support East London’s small business ecosystem.

She met a cross-section of the Accelerator’s business community, including some members from her home country, belonging to tech start-ups and established small businesses.

“You are bringing people, business and entrepreneurship together in this place and I admire that,” the Governor-General said.

“You hear so much said about the capacity for small business, entrepreneurship and technology to work together but often nothing is done about it. You are transferring the rhetoric into reality.

“And I am thrilled to see bright, young Australians over here experiencing this.”

Accelerator Manager Richard Celm said the acknowledgments from the Governor-General, The Queen’s representative in Australia, provide a boost to the Accelerator community.

“Tech City is unique in its energy and maturity and it’s very encouraging that Her Excellency has recognised this,” he said.

“It’s the largest cluster of start-ups in Europe and after ten years we’re still an important part of that with 35 businesses on-site and hundreds trained each year in the Accelerator.”

London Met Vice-Chancellor Professor Malcolm Gillies said it was an honour to host the Governor-General.

“As a fellow Australian I was particularly proud to welcome the Governor-General to London Met.

“She has acknowledged the opportunities we’re giving to young people everywhere, but particularly those from some of the underprivileged boroughs of East London.  We are recruiting young people from neighbouring communities to ensure they have access to business growth in their area.”

The visit strengthens London Met’s existing connections to Buckingham Palace, coming less than a fortnight after the University welcomed HRH The Duke of York on his first visit since becoming Royal Patron in April. 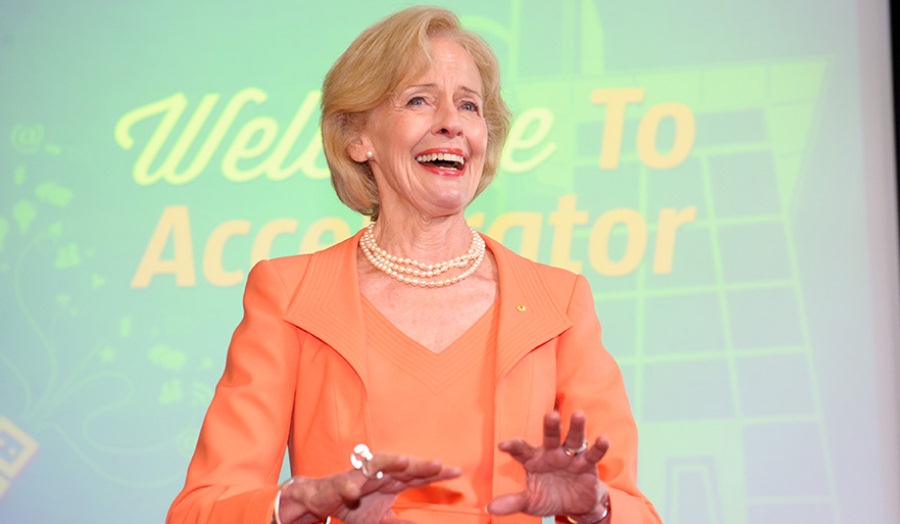