London Metropolitan University launched its first ever Green Impact scheme this year and the Student Journey team were one of the staff departments to get involved.

Emerald City, the team based in the Aldgate library, is made up of London Met library staff, Lucia Migheli, Liz Mortimer, Emma Rampling, Robin, John Verral and Anna Walsh.

Led by Robin, Senior Library Assistant at Aldgate, the team are most proud of their social media outreach and the impact they have made using their twitter handle @LondonMetLib where they have been regularly posting updates of their Green Impact progress.

One of the biggest achievements the team has made has been repotting 25-year-old plants and rehoming them inside the library to create a calmer and greener environment for staff and students to work in at the City-based campus.

Robin’s advice towards future teams who want to get involved is: “Give yourself time and don’t rush through the scheme. The more members you have on your team, the better. And, most importantly, enjoy it.”

Green Impact is a scheme led by the National Union of Students (NUS) to engage with universities across the UK to encourage and promote a greener environment. 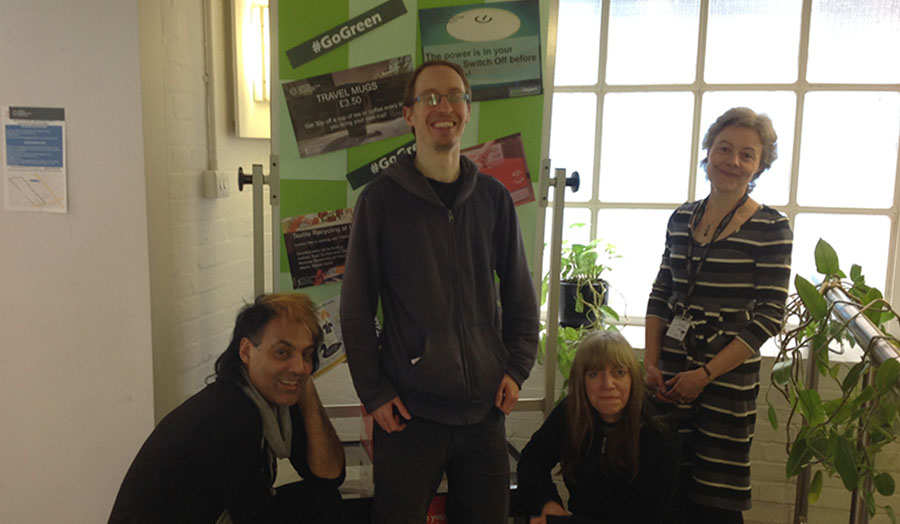