The Council for Advancement and Support of Education (CASE) - one of the largest global associations of universities - gave London Met a Circle of Excellence Award for its first ever TV advert, The London Met experience (Do something you love).

The film conveys the story of three people aspiring to more meaningful working lives, and follows them through their London Met career - from browsing the prospectus to graduation. The film is supplemented by a powerful, newly commissioned poem that supports the subtle narrative. It was aired in cinemas and also on key TV channels.

A panel of experts awarded the London Met film a silver medal in the Awards, after receiving 57 entries from other institutions including Oxford University and Stanford, which both won bronze medals.

The award was collected by Alan Ward, Senior Brand and Web Marketing Officer, pictured, at the CASE Europe Annual Conference in Brussels. He said: “Collecting this award on behalf of the marketing team at London Met was a real honour. A lot of hard work went into creating our first ever television advert and our entry was up against other universities from all over the world. Having it recognised by an international organisation means a great deal.” 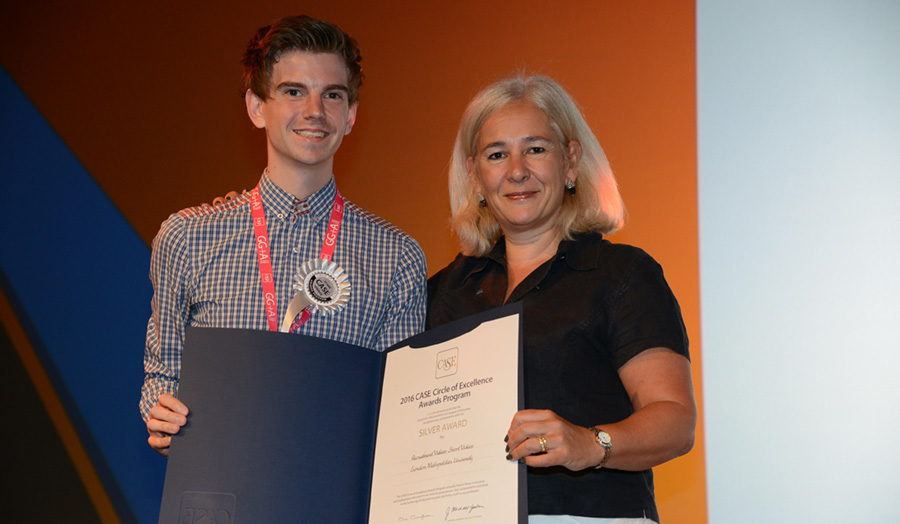