Young people were encouraged to seize the opportunity to have their say to shape their future at the Generation Vote event at London Metropolitan University.

Young people from across London attended Generation Vote, a free event which focused on politics and the crucial issues facing younger members of society.

The event, organised by London Met alongside the British Youth Council (BYC), was a day full of activities, discussions, performances and videos to engage young people in the key issues ahead of May’s General Election.

Engaging a new generation in democracy

The first of the day’s panel discussions was focused on why young people should vote and what should be done to tackle voter apathy amongst young people.

The two Parliamentary candidates on the panel - David Lammy, the incumbent Labour MP for Tottenham in North London and Alex Burghart, the Conservative candidate for Islington North - both spoke on their own motivations for entering politics and why voting should be important to young people.

Mr Lammy highlighted how baby boomers and the current members of parliament “had free education, periods of full employment, were able to buy a house and have good pensions.” Whereas young people had “free education only until they get to university, can’t afford to buy a home anywhere in the south-east or London… will probably face working into their 70s and unemployment levels of 1 in 4 young people in London.

“If there’s anything that can motivate young people to vote, it’s that,” Mr Lammy concluded.

“Well done London Met for taking on this hugely important issue,” commented Dr Burghart. “We need a national debate about how we can engage more young people in politics so I'm delighted that a university in Islington is leading the way.

“It’s so important that politicians give young people what they need – that’s why I’m proud that the Conservatives have reduced youth unemployment here in Islington North by 73% since 2010.”

A second panel discussed the campaign for votes at 16 and impact of giving the vote to 16 and 17 year olds.

Nicole Mitchell, London Met Students’ Union’s Holloway Hub Officer, explored both sides of the issue. On one side, whether 16 year olds could handle the disappointment of losing a vote and on the other their right to have a direct say in the decision making process.

The other two panelists Barbara Ntumy, a London Met student and contributor to Sky News’s Stand Up and be Counted campaign, and Ife Grillo, BYC Vice Chair for Campaigns and Communications were strongly in favour.

They noted how 16 year olds are considered mature enough to make life-changing decisions but were still considered immature to vote. All panellists agreed that votes for 16 year olds would make politicians more likely to take young people and youth policy more seriously.

Young people attending the event were given opportunities throughout the day to have their say.

Activities included voting on the topics of discussion and recording their thoughts in specially-designed voter booths.

Attendees overwhelmingly backed the campaign to award to vote to 16 year olds and said they would leap at the chance if they had or were offered the opportunity to vote.

“Generation Vote has shown that young people have such a strong voice on the issues that really matter to them,” commented Sophie Cloutterbuck, London Met’s Head of Schools, Colleges and Widening Participation and one of the organisers of the event.

“The event provided a fantastic opportunity to hear what young people have to say and I am very proud the University has played its part in bring democracy to whole new generation.”

The event was held at London Met's Holloway Campus on 7 April, 2015. 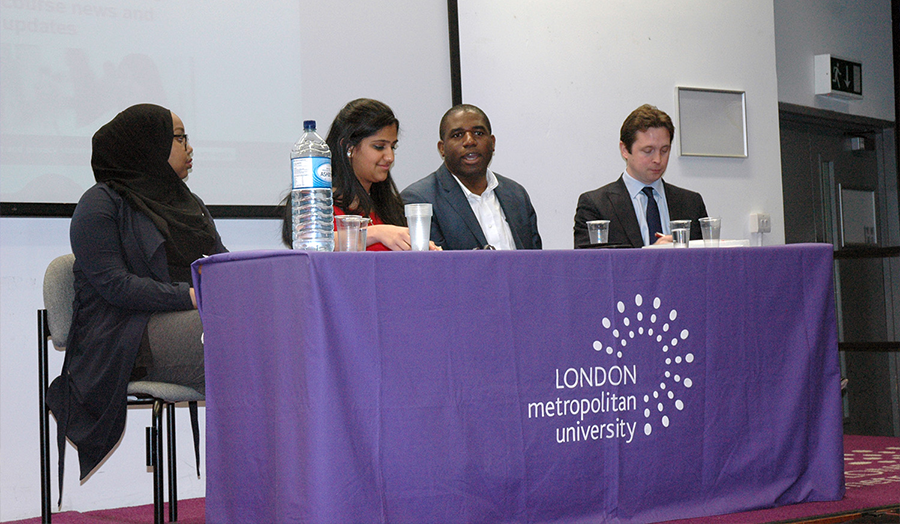