A team of computing students are developing an exciting new computer game.

A team of London Met Computer Games Programming students are developing a new game after a strong showing in the annual Brains Eden Gaming Festival.

Scramble involves smashing into other players to make them drop their marbles – while trying not to drop too much of your own haul. The winner is the one with the most marbles when time's up.

“The game we made was based on something I thought up about a week before the competition and suited the Game Jam because we needed an idea that was flexible, so that we could mould it to the brief and theme,” said lead designer Zion.

Even though the London Met team did not take home the trophy, they were more than satisfied with their performance.

But the result didn’t quite match the original idea which was that Scramble would be based in a school playground with the characters dropping nostalgic collectibles when they bump into each other.

“We felt that although we didn't win the Game Jam, it went very well as within 48 hours we were able to make a game in flash with our own physics and collision detection,” said Zion. “On the whole it was a great experience and the feedback we got was useful. As a team we worked well and bonded, we also have a new game to add to our portfolios.”

“London Met has encouraged me to get involved with things outside of university including the Game Jam competition and introduced me to working professionals in the industry, who have given me great advice,” Zion said. 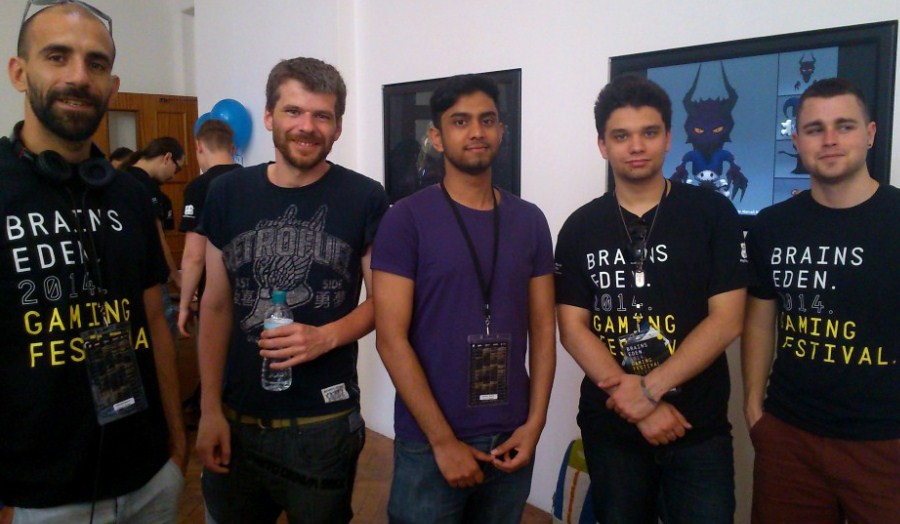