Team London Met were shortlisted at this year’s Game Jam for their game Penguin Fall, developed in 48 hours as part of the Brains Eden Festival at Anglia Ruskin University.

Brains Eden is a game jam and festival held annually and is supported by some of the biggest games companies in the world.

Organised by Games Eden, the computer games developer network for the East of England, Brains Eden hosts 150 students from around the globe, giving them 48 hours to build original games based around a surprise theme.

For the past five years London Met’s School of Computing and Digital Media have sent teams to compete in the game jam. For the second year running Team London Met have reached the shortlist, coming in the top six of thirty competing international teams.

Course leader Fiona French went to see the team at the Awards Ceremony on Monday.

"The students who took part are a talented bunch with great team working skills. I can't recommend them highly enough and I am very proud of how they represented us" she commented.

“They were all in good spirits after the intense 48 hours and had done lots of networking.”

Major games company Jagex had laid on hospitality for everyone at their studio on Sunday evening and the team had individual meetings with industry professionals and recruitment consultants. 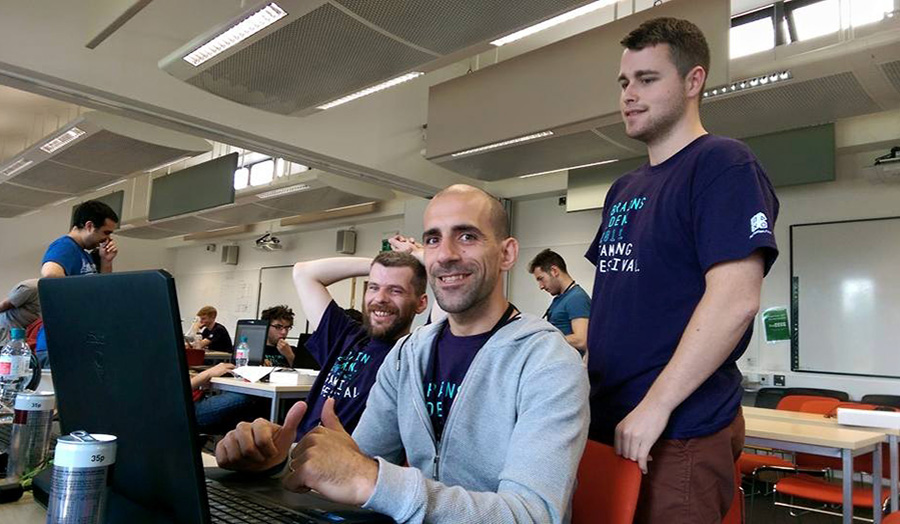