From Graduate to Diplomat News

Mila Almeida, a graduate from London Metropolitan University has a promising career ahead of her after securing the role of First Secretary in Charge of political and consular sectors in Ghana.

After graduating with a degree in International Relations in 2006, Mila started building up her experience at the Angolan Embassy in London and Foreign Affairs Ministry in Angola. She also undertook a short course in diplomacy.

Mila is responsibilities as First Secretary include acting as Chargé d'affaires, acting on behalf on the Ambassador when they are out of the country.

Mila says “I always knew what I wanted, so I just went for it. At London Met the knowledge is given to the students in a way that everyone can participate. Lectures are interactive and the lecturers are very inspiring.

“My favourite part of the course was that it gave me an insight into the dynamics of world politics. I think it gave me the confidence to talk about world affairs with an understanding of what is going on around the globe.

“At London Met, students are truly challenged and taught to think on their own.”

Her plans for the future are to continue progressing within her field, and she would like to return to studying:

“I always knew what I wanted to do… Thanks to my studies, I’m getting there. My advice is to never stop. At a certain point in our lives, we realise that we need a degree to help us succeed in life. After that quitting is not an option. Just keep going and accomplish your goals.” 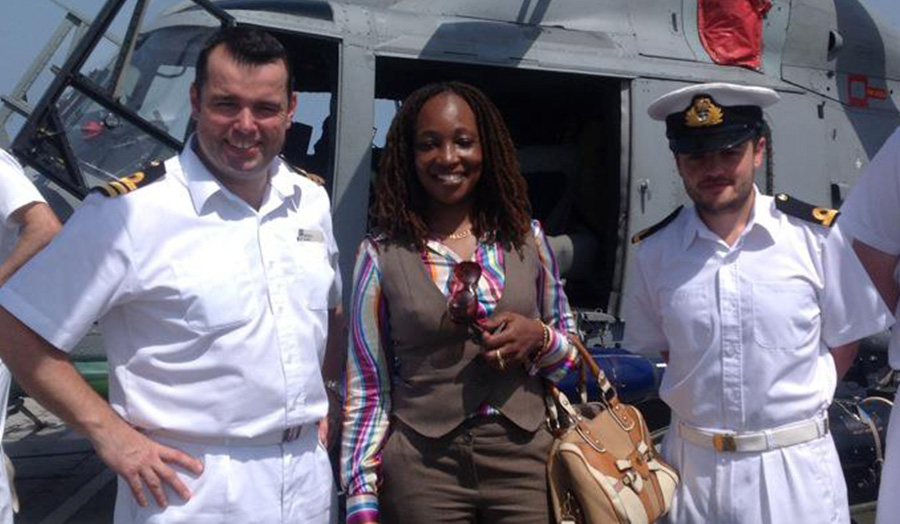