Guest speaker Mia Alberti had London Met Journalism students gripped with tales from the road from her experience working as an international freelance correspondent for news organisations such as Al Jazeera, CNN and the Guardian.

Finding herself in a house of ill-repute, rather than a cheap hotel, was just one of the anecdotes keeping first years engrossed during Mia’s visit to London Met. "And then I realised it was a brothel…"

Mia was friends with Kim Wall, the Swedish freelance journalist murdered by a Danish inventor on board his homemade submarine.

The perils of freelancing could not be more stark. And Mia was stern in her advice to students hungry for action in a conflict zone.

"Never risk your life," she said. "A dead journalist is no use to anyone."

Mia had plenty of good advice, telling students to get blogging, get networking, and to never give up.

She recommended the power of coffee, telling students to set up meetings with potential employers "for coffee and a chat".

"It’s just coffee! You’re not asking for a job. Just try to make an impression – and give them your contact details."

Mia revealed how this approach paid dividends for her, receiving a call offering work from one editor – four years after they had coffee! 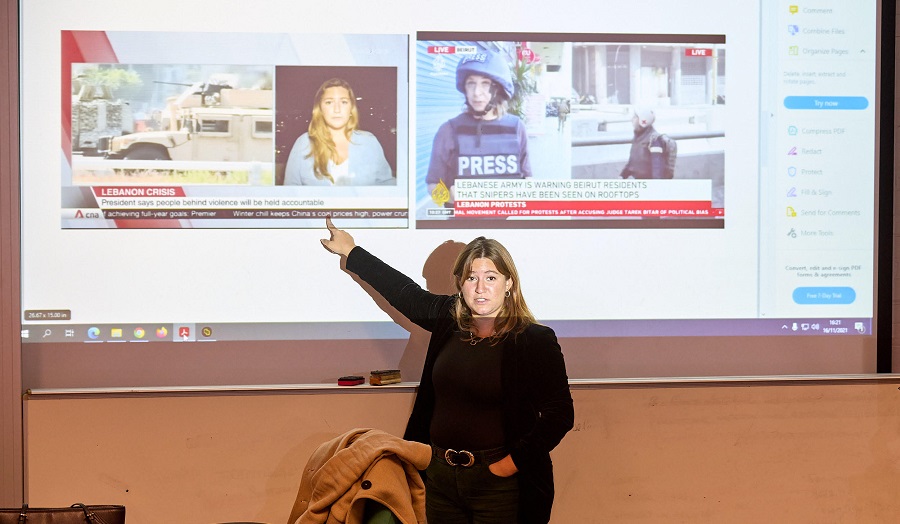