FLASH FWD talk by Alex Bishop News from the School of Art, Architecture and Design

Having left a degree in aerospace engineering in Bath, Alex moved to London in 2007 to pursue the possibility of becoming a guitar maker. He studied for a BSc degree in musical instrument making at London Metropolitan University, and graduated in 2010 with a first class honours degree, the ‘Top Thirty Student’ award and the University Recognition Award for Academic Excellence.

Working for three years under the expert guidance of Nicholas Blishen, Norman Myall, Martin Bowers and Godefroy Maruejouls, Alex developed a flair for guitar making. In September 2010, he was awarded the Cockpit Arts Award for designer makers and in February 2011 he moved into his current workshop at Cockpit Arts in Creekside, Deptford. 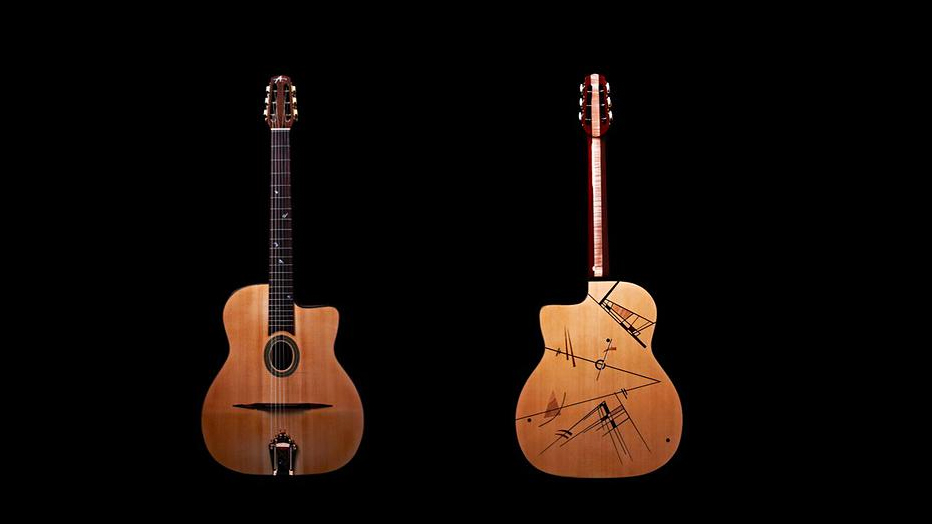