On 10 July 2015 eighty children convened at London’s City Hall for craft workshops hosted by the Alchemy Studio from The Cass.

On Friday 10 July jewellery and silversmithing students and teachers from The Cass hosted key stage three children in a series of craft and making workshops called the Flash Factory as part of the London Curriculum Festival.

The Flash Factory workshops were set up in London’s Living Room, the top floor of City Hall overlooking the city. Students and teachers from the Alchemy Studio set up eight work stations, including box maxing, weaving, modelling, jig making and graffiti art.

An external workshop took children to the banks of the Thames for an afternoon of mudlarking where they collected items and trinkets from Thames foreshore and then set or cast them in metal on the shores.

The sessions introduced children to an array of different making disciplines.

“I really enjoyed it” said Maryam, a year seven student from Westminster Academy who created a multi-coloured leather belt at the weaving workshop.

“If I hadn’t come here, I don’t think I would have had the chance to do things like this” she said.

“It’s been an outstanding opportunity for the students to express their creativity” commented John Kearns, English Teacher at Westminster Academy, “they’ve learnt a really wide range of different mediums in which they can express themselves.

“Most of the art work taught in school is in pastels and paint so to make things in 3D is something they wouldn’t have access to elsewhere.

“It’s been absolutely fantastic and the students have really enjoyed it!”

Year seven pupil, Sarah, spent time at the graffiti station, creating images of hurricanes and paw prints on small pieces of aluminium. “I had a lot of fun,” she said, “If I could do it again I would 100 times over! I’d really like to thank the university for this amazing experience!”

The sessions were not just beneficial for the children attending, Jewellery and Silversmithing graduate Lisa Sabine was helping children at the modelling station, “I’d been quite anxious about working with the children” she said “but they were really interested and asked a lot of questions so it was really easy.”

The work created by the children formed a huge exhibition piece on the ground floor of City Hall which was on display to the public over the weekend.

The workshops were supported by The Museum of London who brought in several historic objects relating to London to inspire the children including a large, heavy diving boot and Hindu offerings thrown into the Thames.

As well as working and exhibiting in City Hall the activities were recorded by the children who took over The Cass twitter feed to live share their work.

The Flash Factory was facilitated by Heidi Yeo, senior lecturer at The Cass and leader of the Alchemy Studio on the Jewellery & Silversmithing BA Course and Marianne Forrest, principle lecturer and course leader.

“We were delighted to be involved in London's Curriculum Festival“ said Yeo.

“This has been a fantastic opportunity for Cass students and makers to work with and hopefully inspire the next generation of London's creatives.

“If it has inspired any of the children involved to incorporate arts, crafts or making into their lives we will feel successful – if we have managed to inspire all of them there could even be an allround contribution to gross national happiness!“ 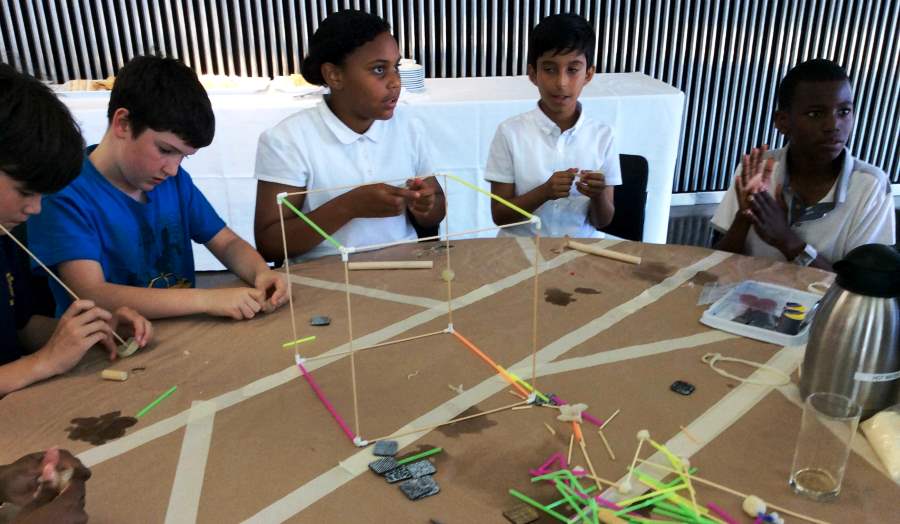