First casualties in Libya coverage? News from the School of Social Sciences

Is the second oldest profession in war that of propagandist?

The history of human conflict is also the history of those who have tried to make one or other side seem better, stronger, or at least more noble.

Philip Knightley’s book about war reporting, ‘The First Casualty’, was first published in the 1970s. It remains indispensable reading for anyone seeking to understand conflict journalism.

In 2008, I made a radio documentary for the BBC World Service on  the role played by public relations consultants in the war that year between Russia and Georgia. I interviewed agents who were paid by the warring nations to try to get them a good press. I also travelled to South Ossetia to gather material from there – a place, it is perhaps needless to add, where none of the PR agents had ever set foot.

I became convinced, during the making of that programme, that spin doctors were expending unprecedented efforts to influence journalists in wartime. It is a subject I address at length in my forthcoming book on conflict reporting.

The New York Times’ admission that it ‘fell for misinformation’ in some of its reporting of the prelude to the war in Iraq is still a relatively fresh memory. There is a desire among reporters not to be caught out again.

Nevertheless, some of the stories about Libya might just have the touch of the spin doctor’s email about them.

I will leave aside Colonel Gaddafi’s insistence that there had not even been any demonstrations in the country. Propaganda becomes counter-productive when it varies so greatly from almost every other account.  Monday’s Guardian Media section ran an illuminating piece from Jonathan Miller of Channel 4 News about the frustrations of working with Libyan government minders.

Iraq casts a shadow not only over the reporting of the conflict in Libya, but also over military tactics and diplomatic policy.

So the story on March 20th – reported by The Daily Mail, ITV news, and many other outlets - that an RAF airstrike had been aborted because of fears over the fate of human shields seemed designed to stress that there is a deliberate effort to avoid civilian deaths.

Is that really news? Don’t the RAF always try to avoid killing ’human shields’ where they are aware of their existence?

A day later, the BBC reported  a briefing at which the chief of staff for the United States’ mission ’insisted there have been no civilian casualties’.

It depends on what you mean by civilian casualties. Presumably, the U.S. is suggesting that there have been no casualties caused as a direct result of airstrikes. As Al Jazeera points out, there have been civilian casualties in the fighting on the ground. It is hard to see how it could be otherwise. And Washington will probably be less pleased with CNN’s headline referring to the uncertainty over the military campaign’s final aims. The Economist’s new blog on defence, security, and diplomacy, Clausewitz, suggested the whole situation was moving ‘into the unknown’.

Hence this emphasis from London and from Washington on the lack of civilian casualties.

Sometimes, in deciding the strength of a story, it is instructive to consider what the opposite headline might be. Leaving aside questions of humanity, ’RAF ignores human shields and strikes anyway’ would be a much stronger story – precisely because, one would hope, it is completely out of the ordinary.

The Mail story also suggested that the information about the human shields had been gathered by ‘SAS spotters’. Given that the most prominent mention of the British special forces in this conflict so far has been accompanied by the word ‘fiasco’, they too will presumably be glad to appear in a more positive light.

Both angles may be perfectly true. Both are perfectly impossible to verify.

The prominence given to US Secretary of State’s suggestion that Colonel Gaddafi might be ’exploring options’ is also curious. It may be that the high-profile interview just did not yield a really good headline. But even the one chosen is qualified by Hillary Clinton’s own use of   phrases such as ’allegedly on his behalf’ and ‘some of it is theatre’.

Some of it certainly is.  But in these days of playing down the CNN effect, and playing up the Al Jazeera and the Facebook effects, it is not always easy to determine what is play-acting, and what is not.

So it is important that news organizations keep an eye out for the spin doctors. They will be doing their best to promote the most appealing version of a story which does not yet have an obvious length, or end. 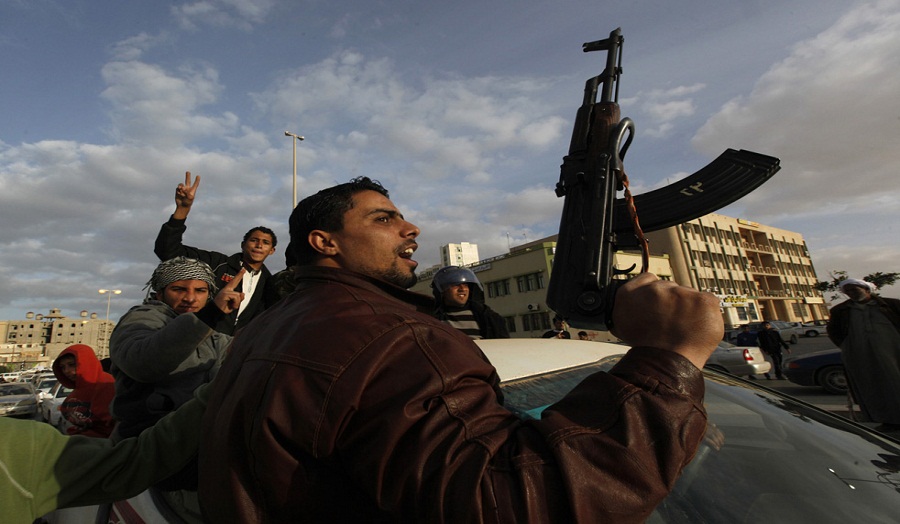