Fighting for Old Flo News from the School of Art, Architecture and Design

Free talk by Bob and Roberta Smith ( aka Patrick Brill ) as part of Women's History Month.

As part of our Women's History Month activities Bob and Roberta Smith, aka Patrick Brill, will make a public talk about the story of Old Flo. The proposed sale of this symbolic sculpture, which is owned by Tower Hamlets Council, has caused widespread and deep concern in the community.

Bob and Roberta Smith is an internationally acclaimed artist and currently a trustee of Tate who has worked lived and worked in the area for 20 years. Here he makes a link between Moore's famous Shelter Drawings , 'Old Flo' (the sculpture to be sold) and a wartime disaster that occurred in Bethnal Green's Tube station where on the 3rd of March 1943, 173 people were killed in a crush while attempting to enter the shelter.  He is angry about the sale because he sees Moore's sculpture as a generous gesture of Peace.

"...Hitler destroyed the East End. Henry Moore, with others, rebuilt it and now a council which seems ignorant of the area's less recent past is selling off its principal monument to peace. For me it is like smashing up a war memorial. Moore's Shelter Drawings were the inspiration for this period of his work. It is terrible that the borough where scores of people died during the war in a tube station air raid shelter at Bethnal Green does not have the imagination to see how wonderful 'Old Flo' is as a symbol of our humanity. 'Old Flo' is an East End survivor. She is a generous and defiant image. She is so clearly drawn from Moore's war artist work. Sitting on her plinth I imagine her to be taking air after some horrible near-suffocation. The Mayor of Tower Hamlets should take a trip to Harlow and witness how amazing this kind of sculpture is, not only for its formal values, but for what it represents. Artists like Liz Frink and Barbara Hepworth wanted their art in public spaces because in the post-war era people equated public space with freedom. It was in that era that the NHS was conceived and our institutions were made meritocratic and democratic. In 2010, Chris Stevens at Tate Britain curated a great show looking at Moore's relationship with post-war culture. My God, that was some history lesson, but obviously one which the councillors of Tower Hamlets did not heed or even care about...."

Bob and Roberta Smith will also exhibit a new work about Henry Moore's Old Flo in The Foyer Gallery at the Cass throughout Women's History Month.

You can find out more about the series of Women's History Month events with Alternative Arts here. 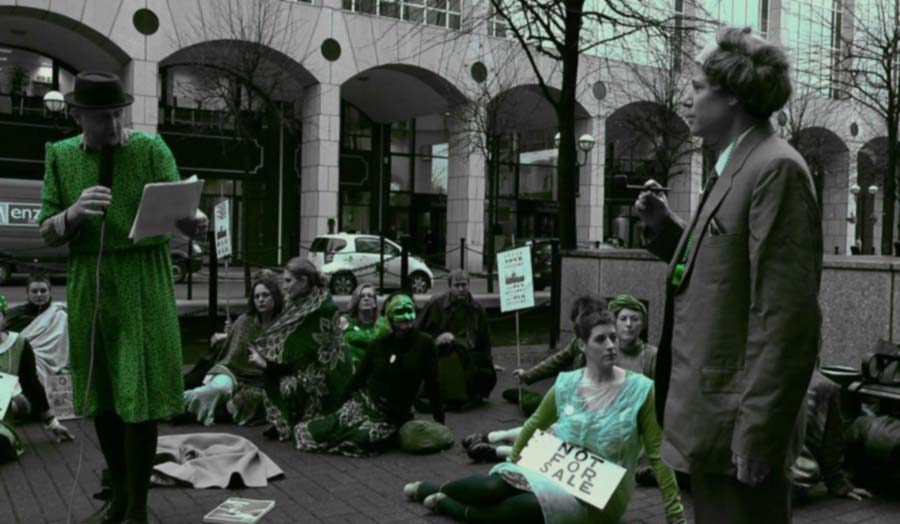