London Met’s Faculty of Business and Law teams up with its Sir John Cass Faculty of Art, Architecture and Design for the Lord Mayor’s Show.

London Metropolitan University’s Faculty of Business and Law (FBL) will team up with its Sir John Cass Faculty of Art, Architecture and Design (The Cass) to host a float for the 2013 Lord Mayor’s Show.

The Show parade is the aged celebration that will mark the appointment of Fiona Woolf as the new Lord Mayor of the City of London on 9 November. The ascendency makes Ms Woolf the second woman to lead the City of London local authority in its 800-year history.

Ms Woolf will continue the proud tradition of Lord Mayors who have served as Vice-Patrons to London Met.

FBL secured a place in the Show parade then invited colleagues and students in The Cass to work on design and decorations for the 42-foot trailer and cab being provided by Bibby Distribution.

Jen Ng, Architectural Assistant in Cass Projects is leading the design team of jewellery, silversmithing, upholstery and textiles specialists, and said the float will embody the theme of the day ‘The Energy of Life’, as chosen by Ms Woolf.

The Dean of FBL Professor Stephen J. Perkins said the project was a unique partnership.

"This is a major opportunity for us to display the way in which The Cass and FBL work together to demonstrate that we are in, of and for the City of London."

Dean of The Cass, Robert Mull added: “It is a great opportunity for students from across the Faculty to work creatively for a great public event that celebrates London.

"The float showcases the talent and creativity of Cass students and staff, bringing together projects from across the Faculty and London Met societies.”

Student cheer leading captain, Victoria Monson is designing a routine for the London Met Cheerleaders to perform on the day.

The parade on 9 November will feature more than 6,500 participants, for the purpose of conveying the newly-elected Lord Mayor from Mansion House to the Royal Courts of Justice.

The precession will travel out via St Paul's between 11am and 12.30pm, and return by the embankment between 1pm and 2.30pm. Those wishing to watch at home can tune in to BBC1. 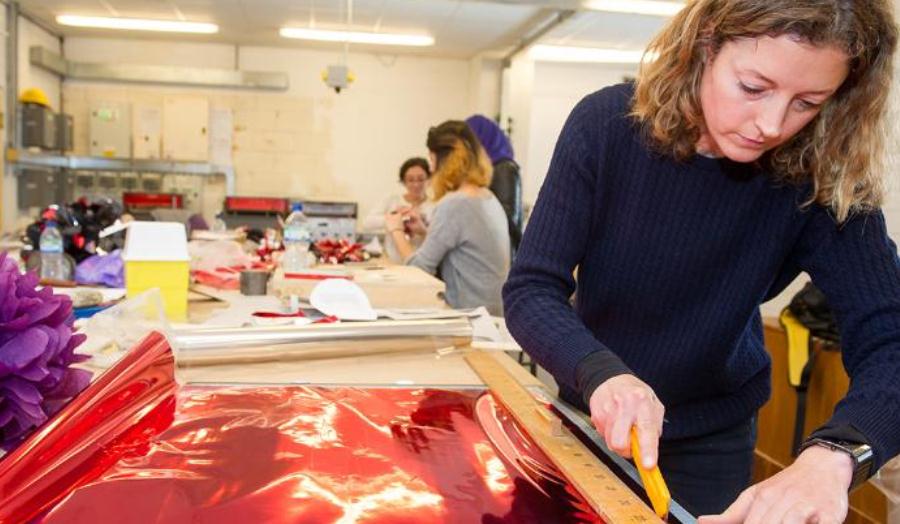