Innovation is at the heart of new show at The CASS

A new exhibition by MA Curating the Contemporary students at London Metropolitan University is set to explore the modern role of the curator.

With headlines like ‘Why we hate curators’ appearing in the national press, it could be argued that curatorial reputation is at an all-time low. But the new exhibition aims to rehabilitate the profession by placing the role of the curator in its proper context.

cu·rate opens on 2 May at The CASS Gallery, Whitechapel, and explores curatorial practice in relation to artists and their audiences. Unlike most shows, the exhibition’s curators have worked closely with the featured artists to shape the exhibits, and have actively engaged with their audience throughout the process.

“It’s all about recognising the three roles that are crucial to a successful exhibition; artist, curator and audience,” explained Phoebe V. Bradford, one of the organisers of the show and a student in The CASS. “Curators have received a lot of bad press of late, some of it deserved. I’ve been to shows where the artists themselves were hardly recognised and were put in the back seat. We want to give artists proper recognition.”

The exhibition will feature the work of four artists across a diverse range of disciplines. Conceptual artist Cesare Pietroiusti will be flying in from Italy for the show and will be giving a public talk on Friday 2 May. Recent graduate Holly Hendry, moving image artist Dave Charlesworth and photographer James Thurgood will also be exhibiting.

A lot of the works in the exhibition are either special commissions or new pieces that have never been viewed previously.

“It’s quite a fun show, there are things in it that I’ve not seen in exhibitions before – and we go to lots of exhibitions!” added Phoebe. “The artists seem really excited about it which is really nice.”

One of the key areas of curating illuminated by the exhibition is the role played by the audience. The organisers took a conscious decision to engage with the public early in the process in order to show the aspects of curating that people rarely see.

“Our social media approach has been really strong,” said Abigail Shamah, another of the exhibition’s three-curator team. “We have been very active in our digital communications and have a blog in which we post exhibition updates as well as reviews of other shows we have visited. We want to share the background work that goes into curating a show, and social media has allowed us to do that.

“We want people to feel like they can approach us, ask questions and discuss things in a friendly environment.”

The approach is working, with over 500 Twitter users already following cu·rate and lots of interest in the blog.

Running alongside the ambitious exhibition will be a public programme of talks and discussions exploring contemporary curatorial practice. There’ll also be an exhibition catalogue featuring essays on the topic.

So, how do the exhibition’s own organisers define the role of a curator, and what makes a good one?

Curator Natalie Craven said: “I think being an excellent communicator is vital. You have to make connections between the artist and the audience, as well as being able to promote the exhibition and start a discussion. You also need to be able to compromise and negotiate so tact is always helpful. And you have to be very good at multi-tasking!”

For Abigail, the role of the curator can be summed up in two words. “Fairy Godmother!”, she said.

cu·rate, which runs until 17 May, has been put together by Phoebe, Abigail and Natalie as part of their MA Curating the Contemporary course at London Metropolitan University, in partnership with the Whitechapel Gallery. The exhibition is a fine example of how students on the course gain real-world experience to prepare them for a career in curating.

“The course has been challenging but really good,” said Natalie. “We get to work two to three days a week at the Whitechapel Gallery which is fantastic; it’s a really good mix between a postgraduate and professional course.”

Find out more about studying in The CASS at London Metropolitan University.

To keep updated with the exhibition and public programme, follow on: 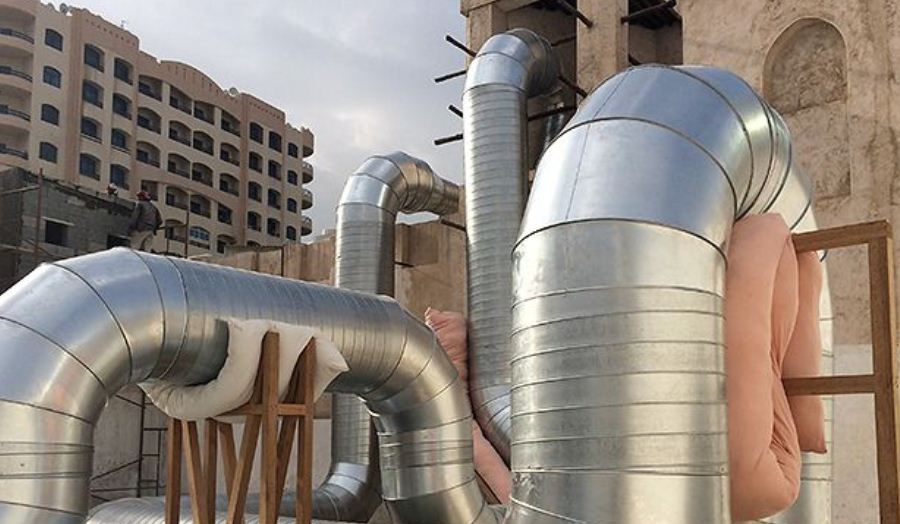