Evening of entertainment planned to support people of Nepal News

London Metropolitan University is hosting a major evening of entertainment to raise money for the people of Nepal following the recent earthquakes in the country.

The University has close ties with Nepal through its partner institution, Islington College Nepal, based in Kathmandu.

Over 1,000 students are studying London Met courses at the College, which was affected by the earthquakes. The College has since played a key role in providing aid and shelter to the local community.

Given these close ties, the University launched an ongoing fundraising campaign to support the country. All funds raised will be donated to the Disaster Emergency Comittee's (DEC) Nepal earthquake appeal.

The campaign will officially launch with ‘London to Nepal’ – a major evening of entertainment on 18 June featuring live music from the London Met band, traditional dance, a quiz, a photography exhibition, a charity auction and a raffle. The event, which is open to the public, will be held at the University’s Rocket Building on Holloway Road.

Tereza Knazurova, PR & Internal Communciations Intern, who's coordinating the project said: “London Met has very strong ties with Nepal, so there is a real willingness to do what we can to help. We’ve had some great donations for our charity auction from staff, students, alumni and well-wishers. Ray Davies, from The Kinks, has donated some signed CDs, which was really nice of him.

“We’re trying to involve the local community as well, and we’ve had a great response. Yak and Yeti, the Nepalese restaurant in Finsbury Park, have donated a £50 voucher for the raffle, and the North London Buddhist Centre, on Holloway Road, have offered free classes for the auction.

“We are also delighted to host the Indian arts organisation, The Bhavan, who agreed to perform on the night. The audience can look forward to experiencing the flavour of India through a dance and live drumming performance. There really is something for everyone, and we are looking forward to welcoming people to come along for some food and entertainment, and to help us raise money for an important cause.”

There will be global food on the night from Melting Pot LDN, a successful enterprise run by London Met graduates with the support of Acclerator, the University's business incubator.

The London Met for Nepal campaign is an ongoing fundraising intiative that will see events take place throughout the year. It has already raised over £1,000 thanks to Dr Hazel Messenger, Course Leader for the MBA, who took on her fear of heights to abseil from the Orbit last week.

Tickets are on sale now for £5, and include a raffle ticket. 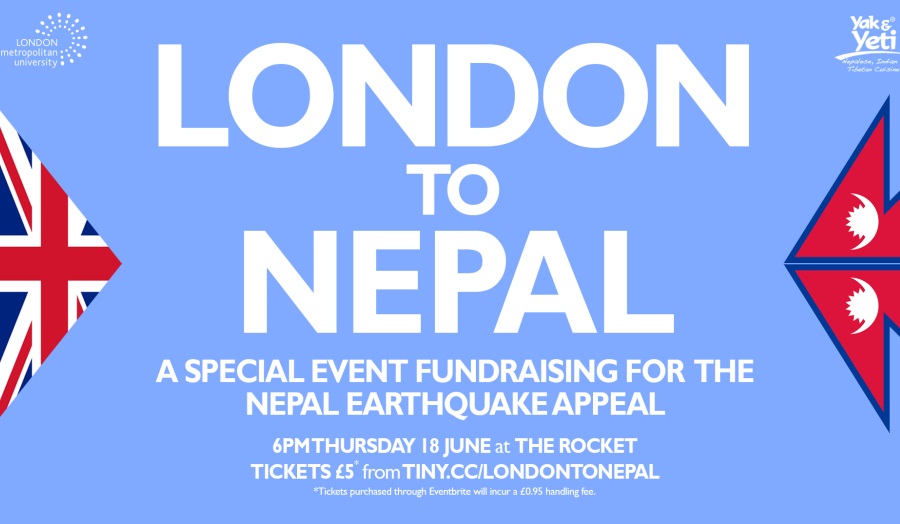