Sam Sorabjee, a first-year Journalism BA student, talks us through the special event for Journalism students.

War and ethics were top of the agenda when Sean Stephens, VICE News’s London Bureau Chief, was the guest speaker for first-year journalism students at London Metropolitan University, which took place on Tuesday 9 November. He gave a gripping account of his experiences working as a Field Producer, covering conflicts and humanitarian crises around the world.

Originally from Dublin and now based in London, Sean has worked for various media organisations including Channel 4 News and Al Jazeera English, before moving to New York-based current affairs channel Vice News, in September 2016.

As their Senior Field Producer, Sean’s goal was to bring “documentary-style production levels to nightly news” for HBO's 'VICE News Tonight'. Some stories he produced were on the war in Yemen, the civil war in Libya, counter-terror operations against ISIS in Iraq, and the Russo-Ukrainian War.

While currently managing a team of fifteen as Vice News’s London Bureau Chief, Sean is also a mentor for the John Schofield Trust, which aims to improve social mobility in UK broadcast newsrooms through mentoring schemes for early career and apprentice journalists.

During the Journalism BA students’ first term at university, they have been exploring the power of public interest journalism, and the complex ethical thinking involved in breaking laws when it is in the public’s interest to do so. The floor was opened to the students to ask questions about Sean’s experiences, and how they related to their own learning.

Student Lauren Spencer asked: “What kind of ethical controversies do you face in your job?”. Sean replied with: “There are certain circumstances where there are very clear rules, but the story is more important. For example, in August last year when there was the Belarus protest, we applied in a legitimate way to get into the country, flagging that we were journalists, here to report on the election. They had stopped giving that paperwork to anyone.

“We took the decision to attempt entry on tourist visas. It was a risk we were willing to make and breaking those rules were very just in that circumstance.”

Sean spoke about the difficulties he encountered operating in conflict zones, recalling his time in Yemen, and the adaptability required to work in these difficult conditions.

“I don’t think there was a single day where we aimed to achieve something, and we achieved it. We didn’t come back with the stories we set out of do, they were pretty different films in the end, but for me they were strong stories. There were substantial security risks. We had to think about extraction plans in case it does go really wrong.”

When asked whether it is a journalistic duty to display courage when in the field in order to bring truth to the audience, Sean said: “Yes, but I also understand not everyone wants to do that, and not everyone should do that, either. I would really think about who I’m going into the field with. Asking myself, am I comfortable working with them when the risk factor goes up.”

Sara Scheeres, a photojournalism student, said: “Before the presentation, I was very afraid of becoming a photojournalist reporting in crisis situations, but Sean got me thinking; when you are in a position of the privilege there is a necessity to report what is happening in order show the truth.” 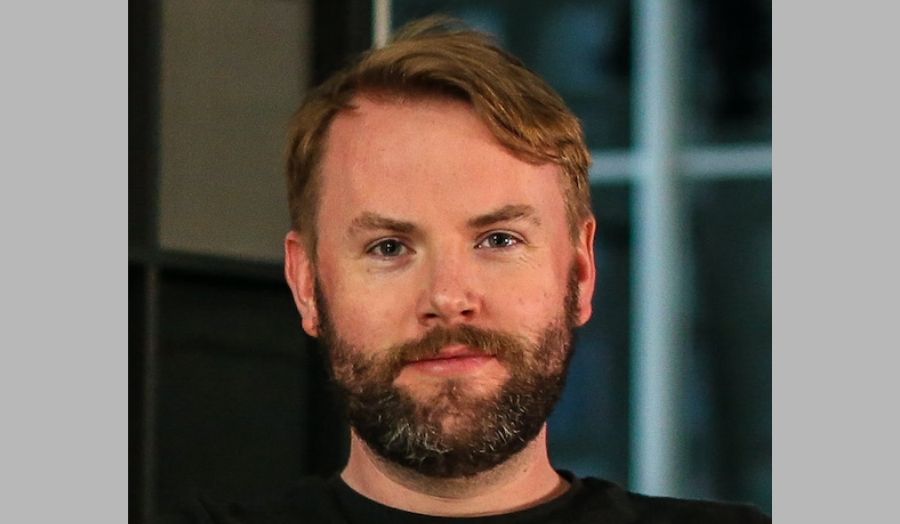