Dr. Diana Stirbu at Sciences Po in Paris News from the School of Social Professions

PADEMIA is a Europe-wide network of 56 academic institutions from 31 countries that promotes research and teaching in reaction to growing European demands to study parliamentary democracy in Europe. The Consortium seeks to enhance discussion among students, junior and senior researchers, also in exchange with stakeholders, on how to deal with the new challenges that parliaments and citizens face across Europe today.

Parliamentary democracy and constitutional development is one the main research themes pursued by the network and the workshop organised by Sciences Po in Paris seeks to explore pathways to strengthening parliaments in Europe.

London Met's senior lecturer in MA Public Administration, Dr Diana Stirbu presented the unique case of the development of one of Britain's devolved legislatures, the National Assembly for Wales, which has withstood probably the greatest amount of constitutional and institutional change leading to its transition from a corporate body, with limited executive powers, to a fully fledged parliamentary institution with enhanced legislative powers. 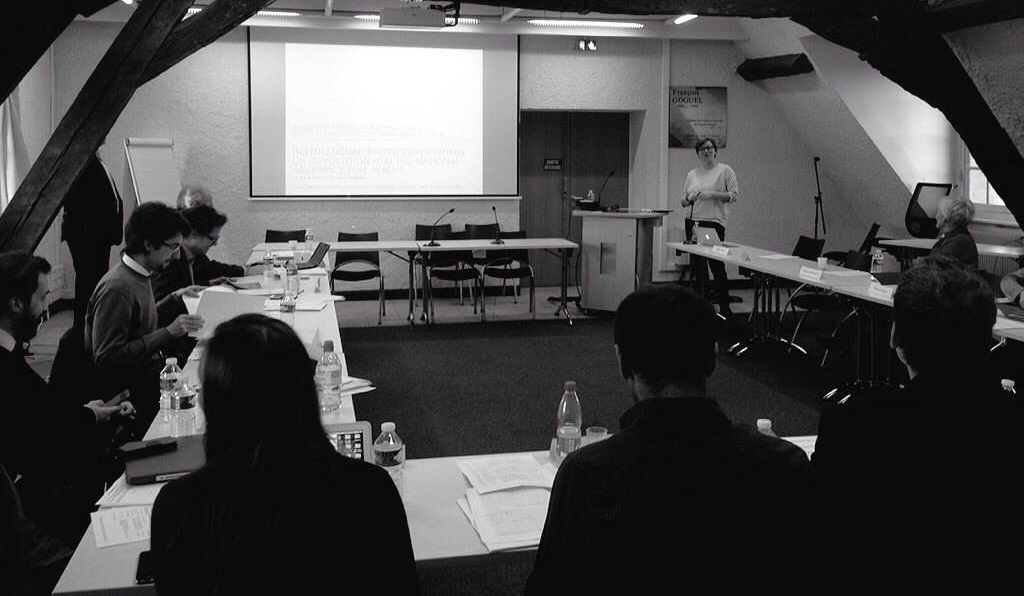