Do you own a working record player? News from the School of Art, Architecture and Design

If the answer is yes, join MA Fine Art student Roger Clarke's new orchestra at The Old Vinyl Factory as part of the Made in Hayes project.

Do you own a working record player?

If so, bring it to an event we will be holding on Saturday 20th April be in the Vinyl Lounge at the Old Vinyl Factory in Hayes, where record players, radios and vinyl records were produced for most of the last century.

It will be a day of sharing information and stories about record players, vinyl and the history of the Old Vinyl Factory as well as the playing of record players.

At this inaugural meeting of The Record Player Orchestra we will engage in some experimental record playing and attempt to create history by playing multiple copies of the same record at the the same time.

Whether you are a record player collector or enthusiast, or someone who has found a record player in an attic or charity shop come along a fun, informative and somewhat unusual day. 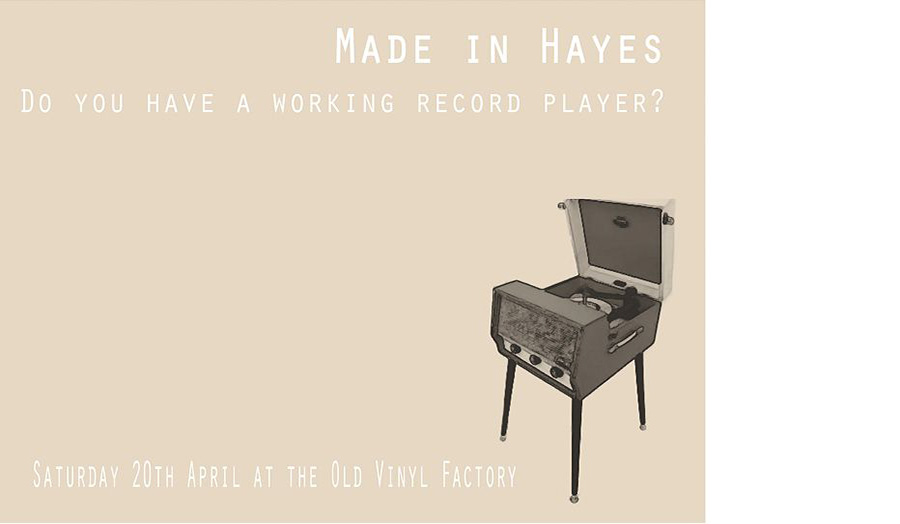