David Skingle Award 2018 News from the School of Art, Architecture and Design

The David Skingle Prize for Studio Practice in Fine Art Printmaking has been awarded to Adrian Tobin who studied MA By Project at the school.

The award was established in 2012 in memory of the late academic David Skingle who taught Printmaking at The Cass for many years, leading Fine Art Print Room in collaboration with Nigel Oxley and cementing an international reputation for the area.

Adrian’s project Transition, part of  which was exhibited in the Cass MA Show 2018, began as an exploration into how film and painting inform each other,  becoming more confessional in Second year of study as Adrian reflected on his life as a London Irish kid in the 1970's and how this shaped my understanding of the visual world.

Print was used in a various ways as part of his practice.  A series of litho prints achieved by a process known as infectious development, where highlights are controlled by exposure and shadows are achieved by development show some of the surviving sculptural fragments from the destruction of Saint Cuthbert's in Wells. Ceramic vessels depicting London kids playing on the streets during the early 60's were created combining ceramic and print practice using images sourced from the City of London archive.

Talking about the award and his experiences on the course Adrian said, “Due to the expert guidance of Fred Gatley in ceramics and Damian Grist in printmaking I was able to experiment fusing two disciplines in response to my research of English iconoclasm on the MA by Project.  I am humbled to receive the David Skingle Prize for Studio Practice in Fine Art Printmaking. I very much wish to develop this process further. I'm indebted to the invaluable support I received whilst studying at the Cass and look forward to possible future collaboration in recognition of this award. “

Find out more about Transition by Adrian Tobin on his website. 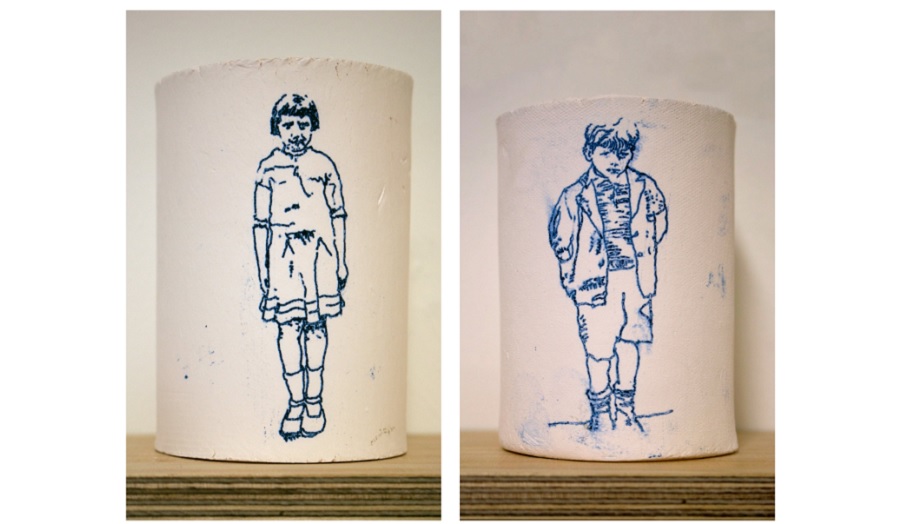