London Metropolitan University’s Cyber Security Research Centre was invited to be a part of the inaugural Lloyds Innovation Community event, held on 20 November 2018 at the Royal Horticultural Society in Westminster.

The event, hosted by Lloyds Banking Group, who are a major sponsor of the Cyber Security Research Centre, brought together people who are passionate about building a culture of innovation in their organisations, and supporting each other's transformation journeys.

With a series of TED-style talks and interactive sessions to bring to life the power of connection, collaboration and knowledge sharing, London Met’s exhibition to showcase its Cyber Security Research Centre was headed by Professor Karim Ouazzane, Founder of the Centre. The project manager and Head of the Cyber Security Research Centre, Dr Vassil Vassilev, and Matthew Lane, member of the Centre, worked closely with Khalid Mohamed, Viktor Sowinsky-Mydlarz and Artur Naciscionis, students and graduates of the University, who were also in attendance.

“London Met’s Cyber Security Research Centre exists to bring together innovation, industry links and our students. It’s fantastic that our students have access to these connections and London Met is the only university to have a Centre of this kind,” said Professor Karim Ouazzane.

“Being a part of Lloyds Banking Group’s Innovation Community event allowed us to network with industry links and people in the sector who are interested in the Centre and want to get involved. I am excited to see what the future holds for us.”

London Met and Lloyds Banking Group are currently working on a project which will introduce a new voice-based authentication system, which is based on virtual assistant Alexa, to the banking world. The project is forecasted for completion by mid-January and the idea will be presented on 17 January to businesses, policy makers and members from the Department for Digital, Culture, Media and Sport. The outcome is expected to lead to a joint-venture between London Met and Lloyds Banking Group. 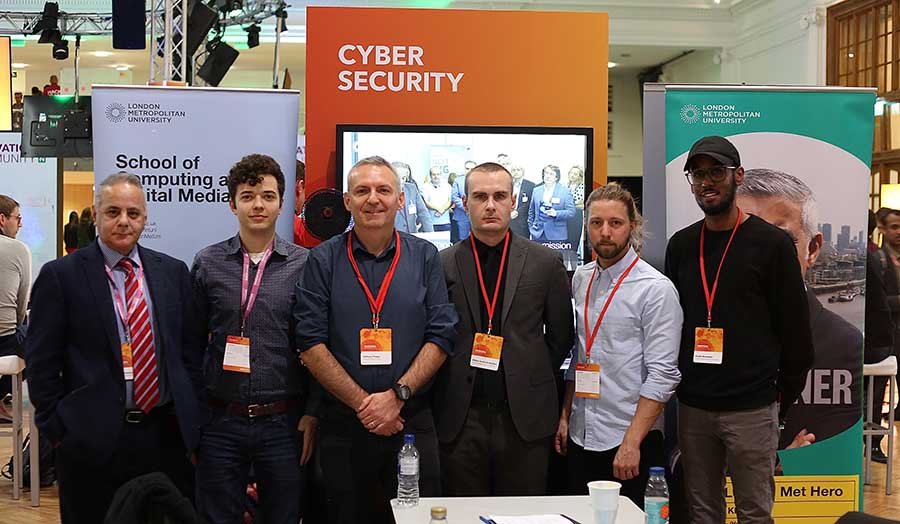