Accelerator, London Metropolitan University’s business incubator, is committed to working with young entrepreneurs across London and developing their skills.

Hundreds of college students gathered at the iconic NatWest building on Bishopsgate in London on Monday 26 February to take part in one of the capital’s biggest entrepreneurial competitions for young people; London Met’s annual Big Idea Challenge.

Open to selected schools and colleges across London, the Big Idea Challenge is a chance for the entrepreneurs of tomorrow to network, develop their ideas and gain an insight into the world of business. With ideas ranging from safety apps to environmentally friendly crockery, the 2018 entries are bigger and better than ever.

“It’s been great to be given the opportunity to work with real-life mentors to gain experience and address major issues,” said Fizza Waheed, a student from City and Islington College.

“My favourite thing about the competition so far has been being able to speak to other people in the industry and gain an understanding of the entrepreneurial world,” she continued.

All participating teams at the Bootcamp were introduced to a mentor who currently work for a successful business in order to gain an insight and use to develop their ideas. The mentors were from businesses such as NatWest, Microsoft, Ludica, The Prince’s Trust and FullTilt Communications.

Throughout the day, the students prepared a pitch for their idea before presenting in them to a panel of judges at the end of the day. The pitches will be professionally filmed and uploaded onto the Big Idea website for a public vote in March. The winner will be announced on Thursday 26 April at the awards ceremony held at the Guildhall School of Music and Drama.

Jerrica Bangura, a teacher at St Angela’s Ursuline School, who accompanied her students, said: “The Bootcamp day was put together very well and it has given my students lots of opportunities to develop skills such as networking, pitching and public speaking. They also had the chance to work with a real-life mentor which developed their business understanding.”

The Big Idea Challenge is run by Accelerator, London Metropolitan University’s business incubator, and the Schools and Colleges team at London Met, in partnership with NatWest, Microsoft, The Prince’s Trust, Lucidica, FullTilt Communications and The Barbican. The competition is one of London’s biggest entrepreneurial competitions for young people and works closely with school and college students across London to raise awareness and interest in an entrepreneurial career.

Toby Kress, Head of Accelerator at London Met, said: “London Met is committed to giving young people the opportunity to change their lives for the better. And one of the most powerful ways to do this is to give them the tools to start their own business one day and take their destiny into their own hands.

“For those that dream of being entrepreneurs, this competition is an inspiration and the first step on the journey.” 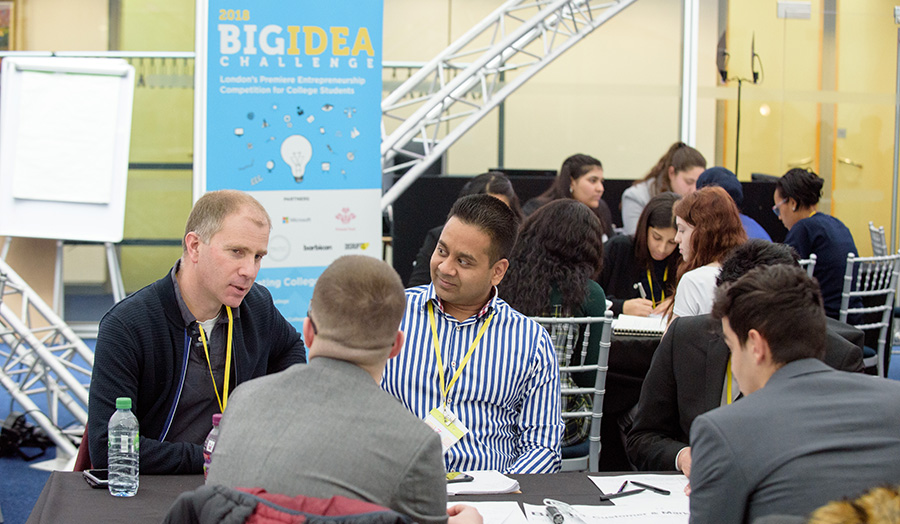