Furniture and Product Design alum Yinka Illori has used his signature style to transform the park.

With its bright colours and pastel hues, the Colorama is no ordinary skate park. Designed by London Met alumnus Yinka Illori, the park is set within La Condition Publique, a cultural institution set within an early 20th-century warehouse near Lille, France.

The designer transformed the former exhibition halls and its concrete columns to give it a unique visual identity – its brick walls are bubblegum-pink, while obstacles and columns have been adorned with hues of yellow, green, red and blue, to make it a bright, fun space for skateboarders.

Illori, who holds a Furniture and Product Design BA from the University, spoke to Dezeen about the project. He said: “The colour brings joy into the park but also gives the indoor skatepark its new identity.

"Some colours and motifs were inspired by the facade of La Condition Publique because it was important for me to bring some of these integral details that add to the identity of the building inside and in the skatepark."

"The colour pallet was determined by the experience I wanted the skateboarders to feel when using the space, which was joy and excitement.

The indoor skate park was built in the latest stage of the development of La Condition Publique – a cultural institution set within an early 20th-century warehouse, which was renovated by architect Patrick Bouchain in 2004.

Illori is a London-based multidisciplinary artist, who specialises in storytelling by fusing his British and Nigerian heritage. He began his practice in 2011 upcycling vintage furniture, inspired by the traditional Nigerian parables and West African fabrics that surrounded him as a child. His studio, which is described as ‘colour-obsessed’, has been operating since 2017.

His studio has previously worked on design projects for the Cannes Film Festival, Dulwich Picture Gallery, ITV and Somerset House, among other high-profile clients. 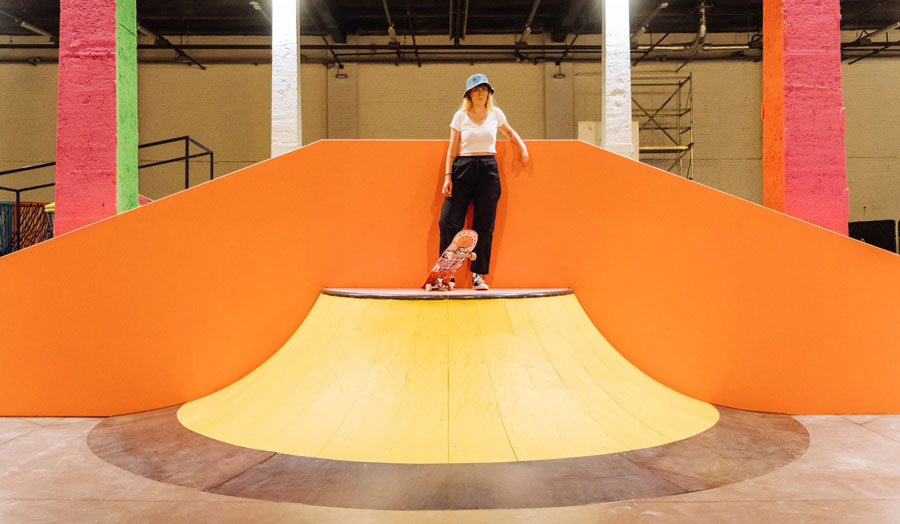