London Met shares a close association with the Foundation which has donated £18 million to 318 beneficiaries over the past decade.

London Met hosted the launch of the Sir John Cass Foundation’s ten-year report this week, which celebrated donations totalling almost £18 million to 318 grantees over the past decade. This has included a grant of £2.6 million to London Met to further its work in widening participation in higher education and to engage with students in some of London’s poorest boroughs, which was awarded in 2015.

The Foundation is one of London’s largest and oldest education charities. It has been awarding grants for over 270 years to support and enhance the educational opportunities for thousands of young Londoners. Its relationship with the University has spanned over 120 years, since it was founded as The Metropolitan Evening Classes for Young Men in 1848.

Andy Stone, Head of the Sir John Cass School of Art, Architecture and Design, and Professor Lynn Dobbs, Vice-Chancellor of London Met, welcomed a packed room to celebrate the impact that the Foundation has made.

Professor Dobbs said: “London Met has a long and positive association with the Foundation, which is particularly interested in promoting the education of young people in inner-London - a mission close to that of the University. Over 40% of students at London Met are from within seven miles of the University, and 70% are from deprived economic backgrounds.

“We are extremely grateful for the support they have given us to help students from disadvantaged backgrounds transform their lives through higher education, and we’re delighted to join them to celebrate their success.”

In an introduction to the report, John Hall, Chairman of the Foundation, said: “We need to keep abreast of ever-changing social priorities across London and to pursue new methods of engagement and of understanding impact.

“The headlines are impressive: 318 grants awarded in this period totalling £17.65 million. Of these, exactly one third (106) have been to individuals (£1.15m) and two thirds to organisations (212; £16.5m). The Foundation also provided £32m as in-kind support to the Cass Family of institutions, taking our total grants and benefits to over £50m in the last decade.

“We like to think that Sir John himself would have smiled at seeing how educational support can bring not just intellectual stimulation or physical challenges, but also self-evident enjoyment.” 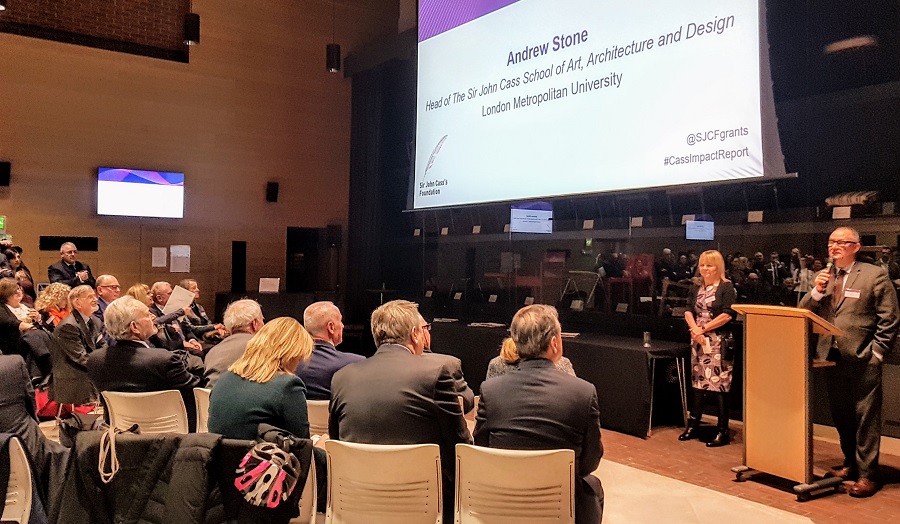