Frances Williams, who graduated from Professional Diploma in Architecture (RIBA 2) (now Architecture RIBA 2 MArch) at The Cass in 2017, has been named as second winner for this year's RIBA Journal Eye Line competition, a prize which celebrates the art of architectural drawing

The competition, currently in its fifth year and run in collaboration with architectural visualisation experts AVR London, recognises the best drawings – in every medium – by architects and students from around the world and is one of RIBA Journal's most popular prizes.

Frances Williams's series of Indian Miniature inspired drawings was announced as the winner of the second prize, having been selected from over 300 global entries by an expert panel of judges.

Frances's drawings explore the potential, beauty and strangeness of Ladybower Reservoir in the Peak District, interpreting the landscape as a fragment of artifice, almost devoid of people and romanticised as a place of mystique. One of the images refers to a wider commentary on the definition of ‘National Park’ by attempting to undo the ‘artificially’ created nature of this man-made landscape by going against the ‘grid’.

The judges noted that although evoking an initial resonance with Romanticism, France's work is countered with sections explaining the workings of the dam itself like a "Haynes Manual bound inside a 12th century illuminated panel."

Judge Neil Spliller described the work as "the Garden of Eden meets OMA’s La Villette competition", whilst Luke Caspar Pearson read the drawings like a reredos screen, a "medieval map with an infographic twist."

The result is a set of architectural renderings, as Hugh Pearman noted, "of pared-down beauty and strangeness." 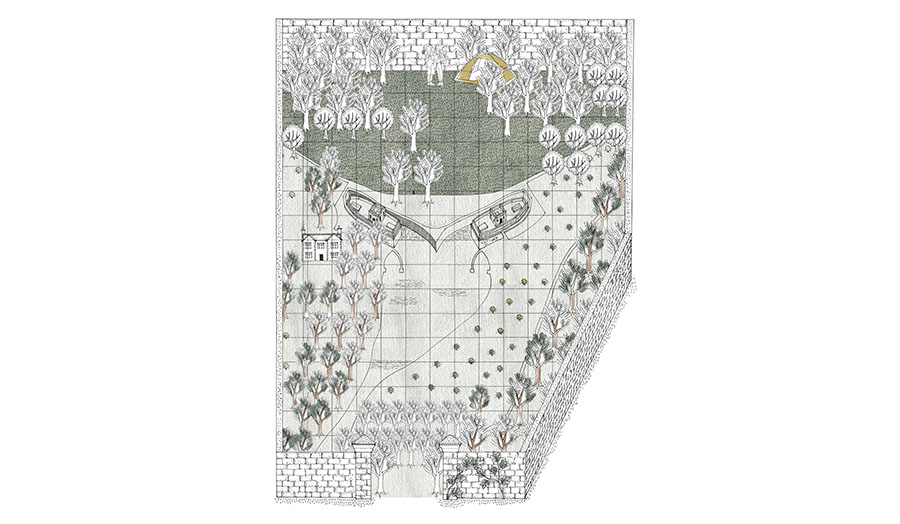