Cass gets creative with Carluccio's News

In a complete change to the usual scale and materials used in product design, 13 students from Furniture and Product Design at The Cass have collaborated with Italian restaurant chain, Carluccio’s, to create new pasta shapes.

The project was conceived by Peter Marigold, leader of Studio 1: Prospéct, who wanted students to look at pure simple forms and use their knowledge of traditional design to develop their creations.

Speaking to Dezeen about the project, Peter said: "This might be considered a strange request for a product designer, but by focusing their attention on such a small and simple object, they are able to take complete control of its character, not just how it looks, but the narrative behind its creation."

The designs created by the students took inspiration from all around, with some focusing on shapes found in nature, clothing or on different folding techniques.

Ella Merriman's Befanas was inspired by the Italian Christmas story of La Befana, an old woman who delivers presents to Italian children on Epiphany Eve. In these stories Befana is traditionally depicted as wearing a headscarf or shawl, the shape of which became the basis of Ella's design.

Other designs, such as Cecelia Back's Durata drew inspiration from everyday objects, in this instance the look of Italian leather and bark from a pine nut tree, or directly from nature, like Tom Laming's leaf-shaped Autumn and Chelsea Viviash's petal inspired Arrossire.

An exhibition of the student's designs was attended by chef, and owner of Carluccio's, Antonio Carluccio, with four finalists personally invited to test their pasta designs later in the year.

Antonio Carluccio said: "The exhibition was very impressive and despite the fact that Italy has over 600 shapes of pasta, there still seems to be room for new ideas. The ideas came from students who embraced the love for what is probably the most known and loved dish of Italy. In creating a new shape, one has to bear in mind various requirements, like cook ability and the possibility of the shape being produced by machine, as well as by hand." 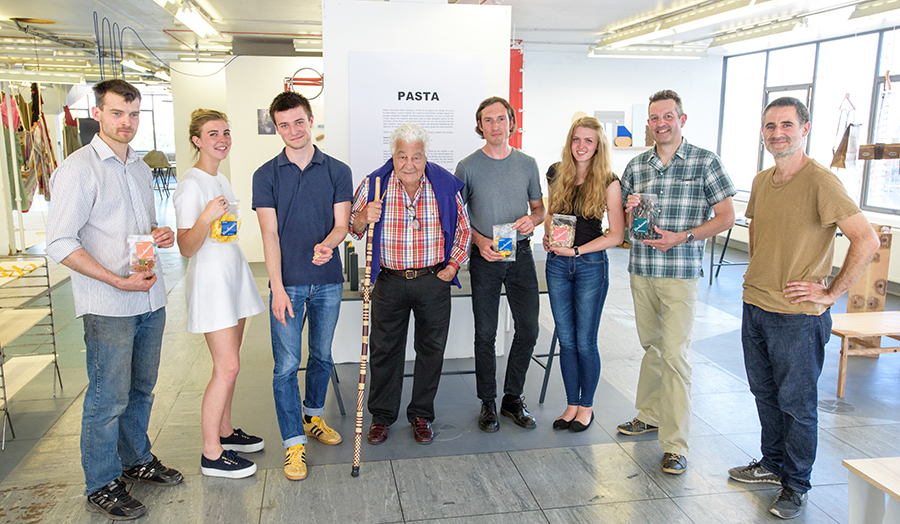