Last Place Pictures is a production collective from third year BA Film and Broadcast Production students Heidi, Daniel, Billy, Joe, Max, and Tom, formed here at The Cass. This November they will be heading to Poland to shoot their ambitious graduation film Oates, written and directed by Heidi O'Loughlin.

The film focuses on a lonely girl’s obsession with the story of Robert Falcon Scott's doomed expedition to the Antarctic, where Captain Oates spoke his final words, "I am just going outside and may be some time" before walking into a blizzard, never to be seen again.

While on a mountain holiday with her friends, she attempts the same dramatic exit, but it all goes awry. Heidi says they chose to film in Poland as a cheaper alternative to popular ski areas in Europe, for its cheap airfares and the country's landscape and cold weather, essential to telling the story and selling the authenticity of the film. She says “the tone of the film came from Brexit”, using the idea of freedom and getting away one last time, similar to the character in the film.

The group says that networking throughout university, working professionally and with professional actors has helped them secure Amy Dunn (Dickensian, Tracey Ullman's Show, Holby City) as their lead for Oates.

The group are funding the production of their film using crowdfunding website indiegogo, to raise money to cover the costs of accommodation and locations in Poland. They are contributing themselves to cover flights for cast and crew, costumes, props, lighting and sound equipment, cameras, monitors, catering and transport.

They have created a range of funding perks to hopefully suit everyone's budget, including a fun £1 perk and more expensive perks such as handwritten postcards from Poland, digital downloads, limited edition DVDs and more.

Oates will be the first of three graduation projects the team undertake this year, following on from the success of the collective's first narrative short, The Landlady (2016), filmed in their second year. The Landlady was chosen as an official selection at the SHORT to the Point festival and nominated for an award at The Moving Pictures Festival in Belgium.

Please visit their indiegogo page to help fund and support their project. 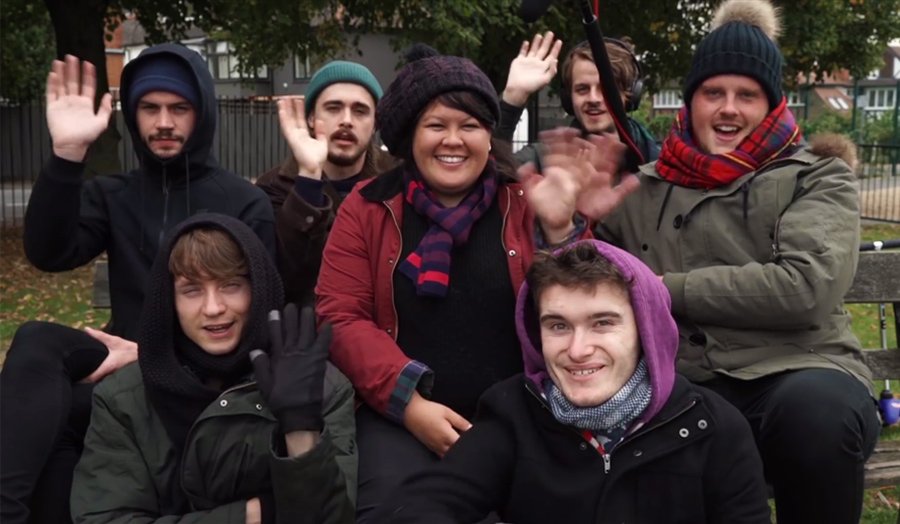