Two Alumni from The Cass have had their work selected for display in the annual Summer Exhibition at London’s Royal Academy of Art.

Clancy Gebler Davies, a 2007 graduate and Elina Bitere, who graduated this summer, are currently displaying at the internationally renowned Royal Academy for their annual Summer Exhibition.

Every year the Royal Academy welcomes submissions from artists at every level, in the world’s oldest and largest free-entry exhibition.

The submission process is lengthy lasting four months while a panel of celebrated artists and architects, shortlist 12,000 entries down to 1,200 to be displayed for three months across the fourteen galleries.

Two works by Clancy sit in gallery IV. She has crafted a Cilice, the traditional term for a shirt made of hair, worn to cause discomfort, fashioned in the form of a corset, out of her own hair. The Cilice hangs on its own, low on the wall of the gallery. Above it a portrait of Clancy, modelling her creation sits above eye line.

“It took over ten years to collect enough hair” Clancy said. “Hair can provoke powerful reactions and I am very interested in the control many societies and religions and societies seek to have over it.

“I decided quite quickly that I wanted to make a hair shirt, the type worn historically for reasons of religious mortification.”

This is not the first time Clancy has been included in the Summer Exhibition, five years ago her screenprint of the artists Angus Fairhurst and Gavin Turk, which she made for The Cass summer show, was selected. For Elina Bitere, this is her first time.

“It was hard in a way”, said Elina about seeing her work on the walls. “I kept thinking ‘I'm a student but my name's right there next to these artists’, but it felt like a step up, it really boosted my confidence, because you look through the programme and see so many famous names in there so to be included in that was amazing.”

In September Elina will begin the MA in Fine Art at the Cass, being taught by Patrick Brill, now her artistic contemporary.

The exhibition will run until Sunday 16 August. 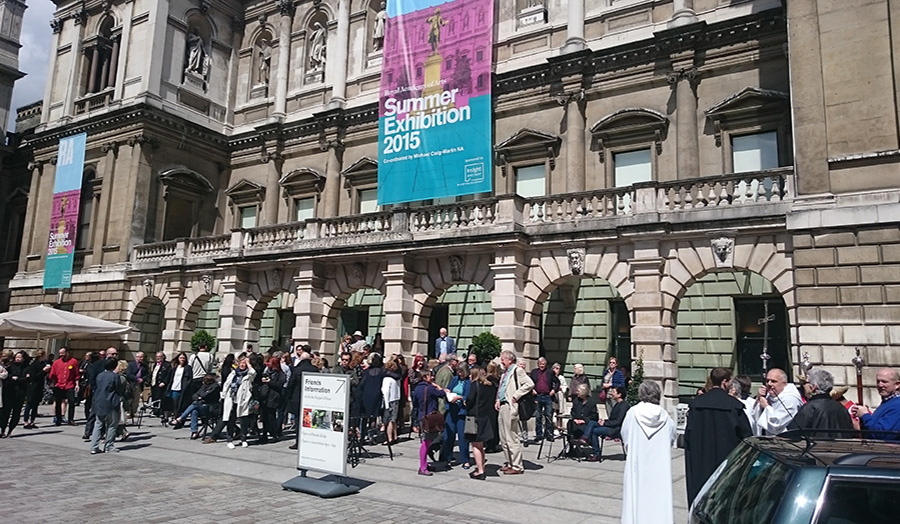