A photograph called 'Brick Lane Girl' by Heloise Bergman, who studied both BA Fine Art and MA Photography at the Cass was featured in a top six list by the sales curator of the Royal Academy (RA) summer show.  The photograph was also one of the Academy’s top picks on Social Media.

Each summer sees the galleries of the Royal Academy jam-packed with contemporary art made by internationally renowned artists and exciting new talent. This year, Grayson Perry RA and his committee of fellow artists handpicked over 1,300 artworks from tens of thousands of submissions.

Talking about her success, Heloise said, “I’m very pleased and grateful to be in this exciting RA show! Brick Lane Girl was taken on location at a vintage shop called Rokit, on Brick Lane. The girl was working behind the till on a very busy Sunday afternoon and when I asked if I could take her portrait, she paused for mere seconds for me to squeeze off three shots using ambient light. I thought her purple hat ties in nicely with the suffragette Anniversary this year. I think I’ve sold around 45 prints now from an edition of 100. It’s previously been exhibited in Sydney & New York too.”

It has been a busy year for Heloise. The V&A bought two of her artists' books for their permanent library collectionand she teaching accordion bookmaking course called ‘Little Pocket Exhibitions’.

You can see Brick Lane Girl at the Royal Academy Summer Exhibition in the South Sackler Gallery  until the 19th August and you can see more of Heloise's work ,including her celebrated Tā Moko series, on her website here 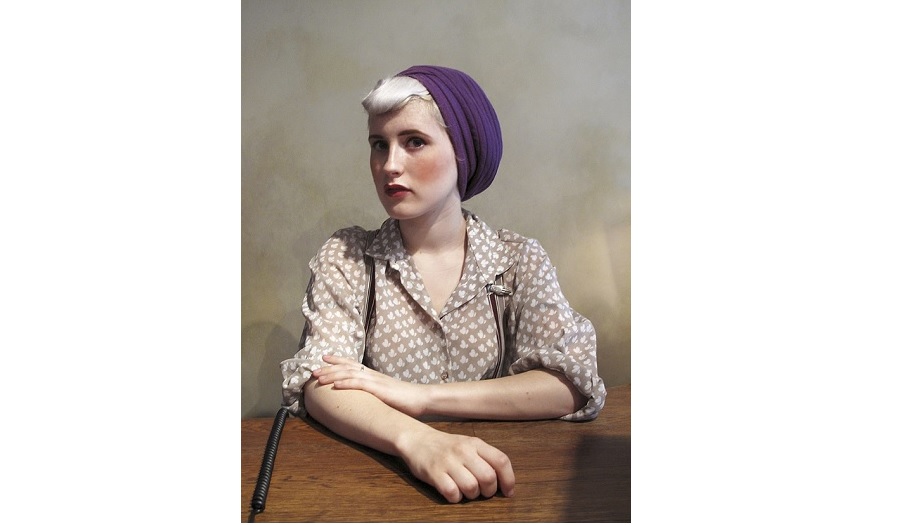