Book Launch: Archive: Imagining The East End News from the School of Art, Architecture and Design

The Cass is delighted announce the publication of Archive: Imagining The East End written by Susan Andrews, Reader in Photography and Dr Nicholas Haeffner and edited by Zelda Cheatle.

The new book, from Black Dog Publishing, accompanies The East End Archive at The Cass, a collection comprised of art and photography concerned with London’s East End and its diaspora. The book will be officially launched on January the 23rd from 5.30pm onwards with a talk, signing, an opportunity to meet many of the contributors  and drinks. For one night only the book will be available for £10, and half the proceeds will be used to support fundraising for Hoxton Hall - the historic East End building which recently hosted an exhibition of work form the Archive.

Archive: Imagining The East End explores a range of traditional and conceptual approaches, alongside essays discussing the East End and issues associated with archiving.

Seen as both a geographic and conceptual space, the East End is interpreted as a perpetually shifting frontier within the urban sprawl of London that is part tangible and part imagined, with representations of the area, ranging from traditional documentary to works of the imagination, in order to reflect “our East End”: the ever-changing frontier where dreams, dissent and transformation co-exist.

Traditional and historic views together with the newly fashionable status of certain areas of the East End are also explored, with essays from leading academics, photographers and archivists which investigate the concept of a photographic archive in historical and theoretical contexts.

“Cities have always presented opportunities for transformation…. The East End—our east end—has been, at least since Gustav Dore’s London Pilgrimage of 1872, a territory perpetually in need of transformation, vicious and semi-criminal, a dark continent off-limits to all but the most intrepid missionaries and pioneers. As parts of it have succumbed to gentrification by way of romantic ruin, so ‘East End’ has moved outwards, beyond Shoreditch, beyond Whitechapel, beyond the Isle of Dogs, beyond Hackney. In fact ‘East End’ is in reality a state of mind, the necessary frontier of ‘regeneration’ wherever that may be…” D Howells. Activate 4, 2008.

Find out more about The Cass East End Archive 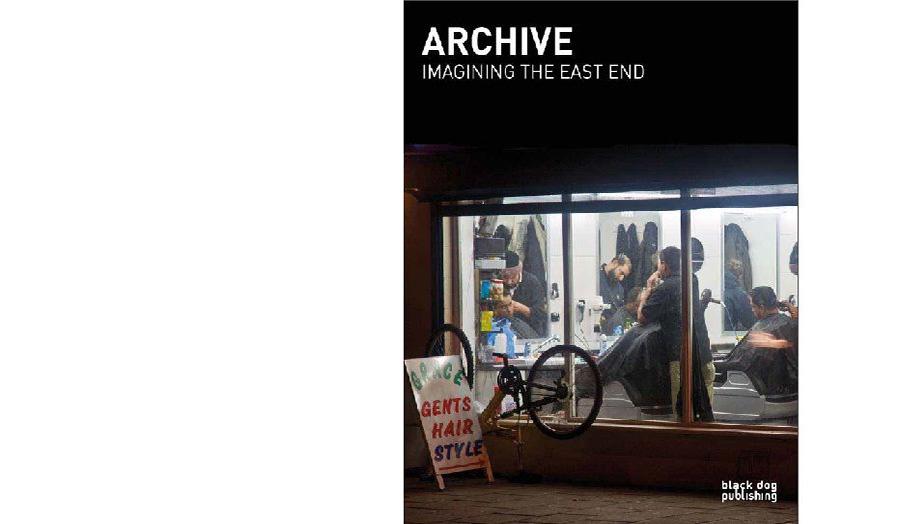