Black Friday: A ritual for the 21st Century News

After over a week of hype from the UK’s largest retailers, today is finally Black Friday.

Intrepid Christmas shoppers have been embroiled in punch-ups in Manchester, tussled for TVs in Wembley, queued from the crack of dawn and brought down websites all to secure the day’s bargains.

“Black Friday is an example of a marketing strategy which creates what is called, in academic circles, a 'ritual' - not unlike historical or religious rituals,” says Gary.

“Having such a ritual increases the spending of consumers. It is an artificial stimulus created by marketers that 'allows' or encourages spending that is seen as rather sensible - not impulsive.

While the impulsive buyer is often the usual focus of marketing efforts, Black Friday is different because non-impulsive buyers are unconsciously coerced or enabled to spend their money, and made to believe it is a sensible thing to do.”

The 24-hour sales bonanza has its roots in the United States as the day that follows thanksgiving. First introduced in the UK in 2010 by retailing giant Amazon, last year saw many other high-street retailers following suit.

Despite being to a new event to many of us, the event taps into our deep psychology, says Gary:

“We tend to be competitive - we are still hunter gatherers in our DNA - and we think on Black Friday that 'we’ve won, we’ve beaten the retailer and we got a better deal for our family and friends'.

We then feel smarter and more competent; our identity as a hunter gatherer is enhanced, we have taken part in the ritual - it is not an impulsive buy, but a bargain!”

For many “it’s also fun,” adds Gary. “It marks the start of the Christmas season, and this further creates a sense of holiday. We interact with family and friends, share 'war stories' about the bargains, and experience a sense of well-being and competence – we share the winning, which is the capture of a bargain, just like our ancestors did around the camp fire!”

For the full story go to the ITV News Website. 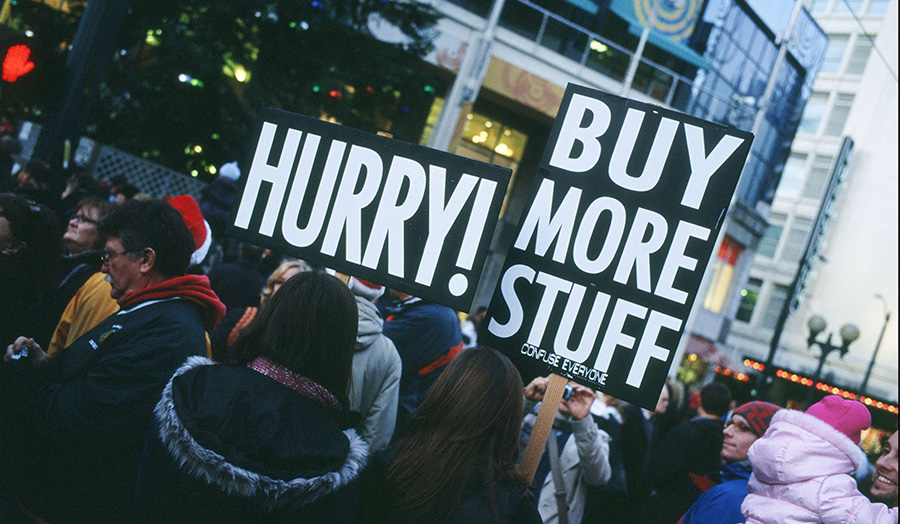