Bedlam News from the School of Art, Architecture and Design

Lizzie Willis, a graduate of the Theatre and Performance Practice BA at The Cass, has recently been working with director Luke Dixon, exploring madness in Shakespeare's plays. Bedlam was performed on 1 November 2017 at the Conway Hall as part of the Conway Collective.

Talking about the experience, Lizzie said, "As an actor, this was a fantastic opportunity to learn a new piece of text and work with a diverse range of performers. I performed a lesser-known soliloquy by The Jailor's Daughter from Two Noble Kinsmen and it was interesting to explore the duality of being both in an asylum and also being a character from a Shakespeare play. This added to my character's confusion and to the authenticity of the piece as a whole. I'm looking forward to the next Conway Collective project!" 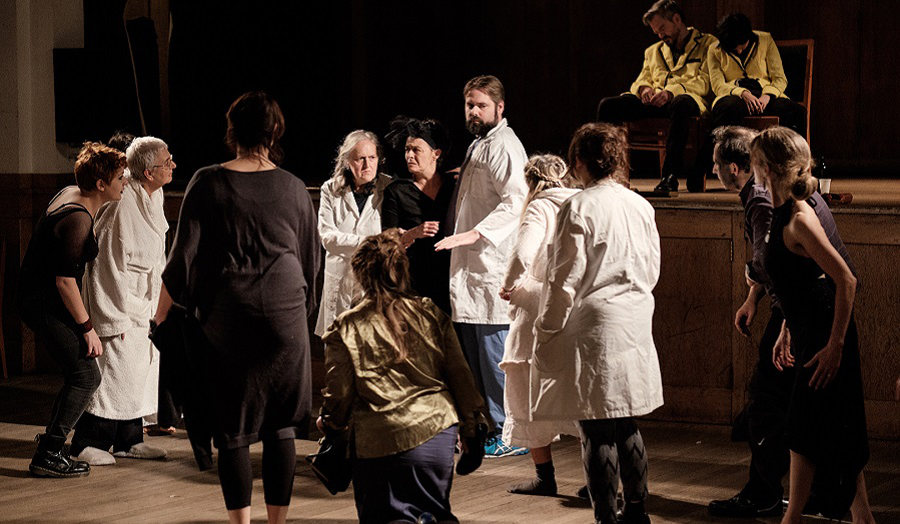