Current BSc Computer Networking student, Paulius Raskevicius, was recently awarded a student prize by the British Computer Society – The Chartered Institute for IT.

Peter Chalk, head of the School of Computing, attended the award ceremony on Thursday 19 September at the BCS premises in London. Peter and Paulius are pictured here with the BCS President, Roger Marshall.

Paulius tells us about his passion for study:
"Since I was 16 years old I was always reading PC News magazines, helping my friends to set up broadband at home and I was excited about it. I did not understand much about computer networks back then.

When I came to London Met University in 2012, I had a dream to become computer network engineer. My lecturers always mentioned that job market was tough - during the job interview or at the site an engineer has to know 100% what he is doing. It's not only about passing the exams, it's about the knowledge you take in during years spent at uni.

I have tried to take in as much information as I could. Programming tasks were tough but I didn't give up. I have spent weekends researching the Internet and reading learning materials again and again. At the end I received a BCS award for the best second year student. The feeling was amazing to meet Roger Marshall who is the president of BCS.

Now that I am a final year student, I will try to make the most of my studies. I can't wait to graduate and put all my knowledge to the real test. I have already applied for an internship position with Cisco. It would be great to work at my favourite job at the biggest networking company in the world.

My advice for other students is to study hard, don't give up and you will be rewarded." 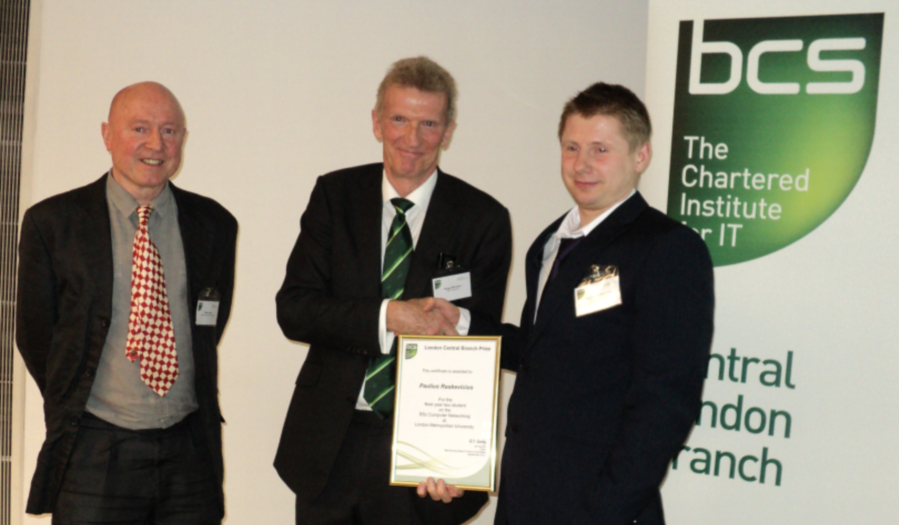